Prepare for the arrival of an R2-D2 inspired plane in honor of the epic Star Wars film and its beloved characters. All Nippon Airways, a Japanese airline finally revealed their Boeing 787 Dreamliner which was designed to look like the small round robot in the Star Wars film more known as R2D2. The said airlines took this initiative with the hopes of expanding their markets and promoting their new destinations. There are no final announcement yet regarding what route will the R2-D2 plane take but All Nippon Airways said that it will carry out its first operation come autumn. That’s about the same time when the trailer for “Star Wars – The Force Awakens” will be released.

Looking at the design of the R2-D2 plane, the Normal blue livery design of All Nippon Airways can be seen while the word “Star Wars” with its easily distinguishable unique font embellished the body behind the wing. Painted with blue panels are the cockpit and front half of the white fuselage resembling the little droid who is known for doing a little bit of everything as shown in the Star Wars movies. 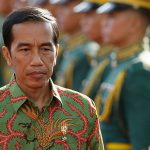 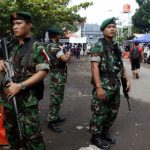