Mobile phones have already been a necessary staple to our lives. What used to be a ‘lifestyle statement’ has now become an important necessity that everyone should have.

But until when is a necessity necessary to have?

With the wide range and brands of mobile phones being launched almost often instantly, people go gaga about boasting over which phone has better operating systems and applications. The same goes for two friends in Tulsa, Oklahoma, who, after a heated debate over which between Android or iPhone has better operating system, went beyond the argument and stabbed each other almost to their deaths.

According to local Tulsa station, KTUL, the incident happened at the Evergreen Apt. on Friday morning at 1 am. Reports said the two guys were heard squabbling about Android vs. iPhone. It was not until moments later that neighboring rooms from the same apartment heard the smashing of beer bottles and discovered the two stabbing each other.  They were brought to the nearby hospital for treatment.

It is indeed astonishing how this world of fast-paced technology is changing how people perceive things.

I wonder how mobile operating systems can make people violent about supporting them. And then again, I wonder, what if the two guys used their Android or iPhone to smash each other’s head, which phone could have survived the shock? 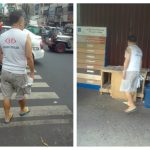 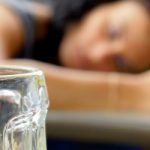