Just two (2) days ago, the country’s brave undercover ageants have recorded a grim rate of high-profile personalities who are alleged consumers of illegal “date-rape” drugs aka as liquid ecstasy.

In a recent interview with GMA’s “24 Oras”, Anti-Illegal Drugs Unit Chief Atty. Joel Tovera of NBI has corroborated the facts – as per the submitted names of popular suspects (or is it user?) – in lieu with the series of incidents involving this dangerous drug, of late.

GHB (acronym for gamma hydroxybutyric acid) or liquid ecstasy in a layman’s term,  is an unlawful drug far more notorious than “Shabu” (methamphetamine)  in terms of market cost & health effects.  Price tag of this colorless/odorless drug in liquid form comes at P10,000 per 100mL, – enough to knock a user down,  allow one to forget & be permissive about everything (sexually the most).

Worse, the drug kills if taken in an overdose – highly popular in the western countries, particularly in US as anti-depressant. Rumors has it that GHB has already been “cooked” here in the Philippines, and widely gaining curiousity not alone for celebrities, but for female college students in the capital – who are easy preys by sexual predators.

Just few days ago, NBI agents seized samples of the substance during raids in an exclusive-residential condo in Mandaluyong City as seen in national tv.  The operation hopes  to pinpoint and/or expose other manufacturers in hiding.

Whos Who behind the high?

With NBI’s dogged determination to cease the production of this seriously fatal drug,  it just a matter of time to connect the dots and seize the money-making brains behind this liquid ecstasy gaga’ – they, who feeds on the poor victim’s weakness and longing for a “cloud 9” experience – staring the showbiz clients you’ll never imagine to land in the red list of NBI notebook.

NBI’s Hunt is on… 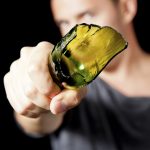 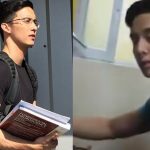