A video of a policeman named Norman A. Wileman III singing Ed Sheeran’s “Thinking Out Loud” has gone viral. With another policeman Ely Razos singing along while playing guitar, Norman belts it out like a pro! After listening to the video, you will understand why this cover has garnered so much!

The song “Thinking out Loud” by Ed Sheeran is one of the most popular songs of 2014… Hundreds of people have been making covers of the said song and posting it on YouTube, but only a few are attention-worthy, this one makes you smile and touches the heart in a different way. It’s cool and refreshing to see some of our policemen in this kind of gig.

The video has over 244,251 views and has been shared more than seven thousand times as of writing on the Norman’s facebook page. 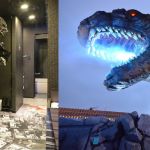 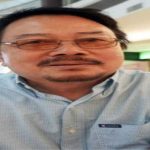