Just last year, Sony created a buzz by announcing that they will be reviving the cassette tape making it capable to carry over 64 million songs. That’s like 3,700 Blu-Rays in a single cassette tape!

Sony has made a magnetic tape material that can actually carry 148 GB per square inch. The tape was first presented to the International Magnetics Conference in Europe last May of 2014.

However, before we talk about Sony’s latest technology, let’s go back in time since the cassette tape has been M.I.A. for almost eight years. The compact cassette tape which dominated for almost half a century was first produced by BASF. It used to be called a cartridge, but eventually settled on the name “cassette”.

The cassette evolved through the decades until it found its perfect partner, the Walkman which was made by Sony in 1979. From then on music became portable and people were able to bring music everywhere they wanted to.

However, the cassette tape was not able to survive the next millennium as the CDs first came along. The cassette slowly and surely died and has become a vintage gadget that only people who were born before the 90’s were familiar of.

Is this tape included in the new Sony Walkman?

Just this year, the gadget that they say will eventually annihilate the iPod has arrived as Sony has revived the Walkman with 128 GB memory. And yes, it comes with a hefty price too, at $1,119.99! It actually can provide its listeners 60 hours of music in just a single charge. But is this the cassette that Sony presented last year at the International Magnetics Conference last year?

The Sony Walkman NW-ZX2 is a high-definition music player that will be available spring of 2015. Aside from its 128 GB memory, the new Walkman also has a a microSD slot for maximum music storage, and of course a neat touch screen display. Of course, this doesn’t seem like the cassette tape that Sony promised last year, but it definitely promises to beat the iPod.

So where is the “cassette”?

A report from VR World mentioned that the magnetic tape technology that Sony presented last year actually isn’t going to be commercially available as of yet and will be used as a back up for large server deployments and data backup deployments. The cassette tape actually is a major improvement of technology for data storage, which originated from the cassette which people beyond their 30’s used to play.

As for the gadget that is set to beat the iPod? Yes, that’s the latest Sony Walkman. The technology that has been revived from the grave and will be available soon to bring portable music on a higher level. Will it make the iPod a thing of history? Only then will we know. 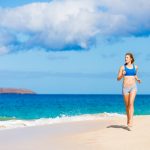