Every woman is waiting for someone who can ask the magical question that everyone dream of. Everything becomes perfect when you are with your love ones. But what makes it more special is when a man made a lot of crazy stuff just to surprise his woman. In every relationship, ending up being a husband and wife is really something special that everyone should treasure.

The man named John Khoo, 29 years old, made an awesome surprise proposal for his longtime girlfriend Mellissa Chan, 26 years old. They just eating at a food chain named Caffe Ritazza at Singapore Changi Airport when John excused himself to leave for a minute. When John left, a group of people suddenly came, running. A guy suddenly sang together with a girl while looking at Mellissa, at first Mellissa had no idea what’s going on, specially when the group of people who came suddenly started making a flash mob. After the song, The singers led Mellissa to another part of the airport and that’s the point where in she realized that her boyfriend was up to something.

While walking towards the other side of the airport, she was quite nervous and a bit confused but with excitement. She finally noticed her boyfriend was with the mob singing and dancing the song “Happy Together”.

After the flash mob, the people who were dancing suddenly formed a circle and one at a time someone gives a card to her. Before asking the magical questions to her, John first serenades Mellissa in front of everybody and recited his speech.

“People say that friendship is the foundation and the start of a great romance, I think it is amazing how we not only managed to be lovers but also best friends to each other.” John’s message to Mellissa.

“Proposing at the airport would be a good way to start their holiday,” he added. They were going to Bangkok and Taipei.

Truly love is full of surprises. You’ll never know, a man will do a magical show just to ask the famous line…“Will you marry me?”

As for John, he received the sweetest Yes from Mellissa. To date, they are preparing for their wedding. 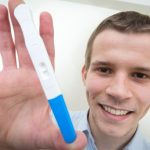 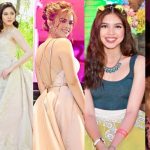