The impending foreclosure on Philippine Women’s University reported in the news has been halted. Dr. Helena Z Benitez, PWU chairperson and a longtime creditor of the university, has filed for involuntary rehabilitation of PWU in a bid to preserve its operations after STI Holdings initiated foreclosure proceedings against the university.

Dr. Benitez said in her petition filed before Manila Regional Trial Court that PWU’s operations are obviously dependent on the income generated by its campuses, and that the foreclosure proceedings will prevent PWU from paying its debts and will render it insolvent. “The foreclosure proceedings…will also drastically disrupt and stop PWU’s school operations,” she said.

PWU owes Benitez P33.6 million. Benitez submitted a proposed rehabilitation plan for PWU, the goal of which is to enable PWU to meet its obligations to its creditors (including STI) without disrupting the conduct of its business. It involves a rehabilitation period providing for the sale of assets to cover part of the debts of PWU, while the rest will be paid in accordance with projected cashflow over a 10-year period.

PWU is a non-stock, not-for-profit institution which has been supported by the Benitez family for the past 96 years. In 2011 STI offered to help PWU by starting a joint venture, which went sour. Despite the Benitez family’s offers to pay STI for the P513M advanced to PWU (and its sister company Unlad) as part of the joint venture, STI Holdings last month initiated foreclosure proceedings against PWU covering its Taft Ave. and Indiana St. campuses, the Jose Abad Santos Memorial School (JASMS) campus on EDSA, Quezon City, and a property in Davao City. The JASMS QC property is the site of a condo mall development announced by STI in September 2014, which the Benitez family and the JASMS community opposed. In December, STI initiated default proceedings against PWU which the Benitez family contested in court.

The Benitez family welcomed the Manila court’s issuance of a Commencement Order which paves the way for the approval of a rehabilitation plan for PWU, saying the decision ensures the continued operations of the university and its schools. The Petition for Rehabilitation of PWU filed by Dr. Helena Z Benitez asked the Court to issue a Commencement Order and a Stay or Suspension Order which shall “suspend all actions or proceedings, in court or otherwise, for the enforcement of claims against PWU and against third party mortgagers.” The order, granted last week, suspends the extrajudicial sale of lands currently occupied by PWU (in Manila) and JASMS (in QC) worth well over Php1.2 Billion, which STI is seeking as a creditor of PWU as payment for the Php513 million principal loan it extended starting 2011. In return for the Php513 million peso loan, it is asking to be paid back Php1 billion, just four years later.

The Benitez Group of the Philippine Women’s University (PWU) said the move of STI Education Systems Holdings (STI) to pursue the foreclosure of the university’s properties only serves to hurt the school and threaten the welfare of the students, faculty, and employees. In a statement, PWU Media Director Lydia Benitez-Brown said “It is now very evident that STI is totally disregarding the welfare of PWU. This is what we have been saying all along, that the priorities of STI’s owner, Mr. Eusebio Tanco are really incompatible with those of the Benitez group and the PWU stakeholders,” she added.

Ms. Brown lamented that STI Holdings continued to reject attempts at an amicable settlement to repay the P223M debt assumed by Mr. Tanco when he offered to help PWU as an investor in 2011. “This foreclosure is clear proof that STI will always put business ahead of education. The action merely validates our concerns. It is an unfortunate and disappointing development but we have confidence in the fairness of the courts and that the legal system will protect the public interest of our students,” she said.

Ms. Brown said the rehabilitation plan will enable PWU to meets its legitimate obligations to its creditors without disrupting the conduct of business. 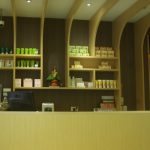 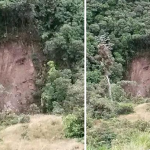