Summer is just around the corner and a lot of people are ready to pack their things and travel the metro. Short vacation on the list and the budgeted money to spend. The rise of low-cost carriers had made this world a lot smaller and interesting destinations closer. The distant islands north and south have become easily accessible to Manila dwellers, who are eager to escape the heat of the city to a paradise that can give them a relaxing and exciting affair with nature. Or, in some cases, just an affair. Flying is relatively cheap now. But with all the surcharges, taxes, terminal fees, and the cost of land or boat transfers, the trip that is opened at an airport can still be quite heavy on the pocket.

Many of them are faced with the question: what is there to do in Manila? Well, there’s always Binondo, Intramuros, churches, and museums, of course. But if you’re not interested in doing a mall tour, sampling street foods, or getting yourself squished inside the sauna that is the MRT, then heading for the countryside is a good alternative.

Here’s some beautiful places to put on your list with you limited budget Poor Traveler.

1. Be crazily amazed by the beauty of Mt. Pinatubo in Tarlac

Yes, of course! Take a bus to Tarlac, ride a 4×4 jeep, and trek to the crater of Mt. Pinatubo! It’s a long way but the view is definitely worth the time and effort. See the rim of the crater slope up from a lakeful of rainwater, accumulated over the years! You can even boat across the crater lake and camp overnight. Able to pass by Angeles City to sample Pampanga’s rich and irresistible cuisine! Tarlac on the other hand is a historical place. Tarlac became a hotbed for the Hukbalahap, a local communist movement headed by Benigno Aquino, Sr., father of the late Ninoy Aquino. It was initially suppressed but resurfaced in 1965. And for those who wish to relax a bit and replenish their strength after a day’s trip to the crater, a spa treatment is available at the Pinatubo spa town. Available services are massage, volcanic ash spa, or a dip to the mud pool. This is one of the attractions that travelers are excited about, the one-of-a-kind treatment they could get from the volcano’s ashes. Day trip suggested budget: P1500-P2000/person.

2. Laze on Volcanic Ash in Anawangin and Nagsasa Cove, Zambales

One of the provinces at the base of Mt. Pinatubo, Zambales was terribly buried when the sleeping volcano awakened two decades ago. But the disaster dumped a good amount of ash onto its the rocky shores, breathing a new life to its otherwise ordinary beaches. Today, Anawangin and Nagsasa Coves have risen as popular tourist destinations for its ashen sand and agoho trees (resembling pine trees) that foster a unique Baguio-meets-Boracay vibe. Capones and Camara Islands are also waiting! How to get there: Take a Victory Liner bus to Iba or Sta. Cruz, Zambales and tell the conductor to drop you off at San Antonio public market. Take a tricycle to Pundaquit. From here, you may rent a boat to get to Anawangin or Nagsasa. Day trip suggested budget: P1200-P1500/person.

3. Trek to the Crater of Taal Volcano

If you love admiring it from afar, you’re gonna love it even more when you’re actually on the volcano. It only takes two to three hours to get to the jump off point in Talisay, Batangas. From there, you can rent a small boat to take you to the volcano island. Prep for a rigorous trek because its slopes, while not as steep, can still drain all your energy especially when the sun is harsh. If long treks aren’t on your favorites list, there’s always the horse option, for a fee of course. How to get there: From Manila, take the bus to Batangas and get off at Tanauan City Proper. If you’re renting a boat from Taal Lake Yacht Club, ride a jeepney to Sampaloc and get off in front of TLYC. It’s on your right side. You can also take a jeepney at Tanauan City to Talisay Town Proper. Day trip suggested budget: P1000-P1500/person.

4. Beat the Heat in Tagaytay City

If for whatever reason you don’t want to trek, you can avoid getting physical and just admire the volcano and the lake from a distance, like most people do. Tagaytay offers the best views, with a lovely, cool atmosphere to boot. Visit the newly opened Sky Ranch and get into one of the coaches of their giant Ferris wheel, overlooking the lake. Not into rotating wheels? Spend a morning in one of the city’s parks and gardens. The People’s Park in the Sky has not been maintained well but you might still want to stay a 360-degree view of the city. Or just enter a coffee shop, order a latte, and just ponder on why the hell you don’t want to trek to the crater of the volcano you’ve been admiring from afar! How to get there: From Manila, take a bus bound for Tagaytay or Nasugbu or you can also take a shuttle/van to Lemery at Starmall Alabang or Shaw. (Don’t take the bus to Lemery; it doesn’t pass through Tagaytay.) Either way, get off at Tagaytay Rotonda and take a trike or jeepney to your target destination from here. Day trip suggested budget: P850-P1500/person.

Pagsanjan Falls may be just another waterfall to many but it is the getting there that makes a visit an unforgettable experience. Board a small boat and be amazed with how the boatmen masterfully conquer the rapids and the rocky stream on the way to the waterfall! Buntot Palos Falls is another best-kept secret of Laguna that may be attractive to the thrill-seeking adventurer! How to get there: Ride a bus from Cubao then HM service lines bus service can be availaed. Day trip suggested budget: P800-P1200/person.

While carrying a lot of luggage is not recommendable, sometimes it is necessary in the case of relocation and so on. Vacations may be fun in the moment, but they don’t have much lingering stress-reducing, or happiness-raising benefits. 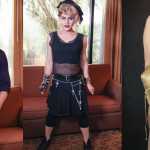 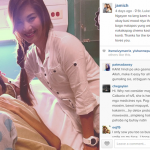