Many have been imitating Madonna for her looks, talent, and self-expression. While others simply put on a little makeup, wig, and suit to look exactly like the queen of pop, there’s one particular person who somehow became obsessed – even spending almost £50,000 on surgery to be the exact replica of the material girl. …except that he is a man.

The 31-year-old performer is now considered one of America’s top impersonators of Madonna claiming he has spent all his life and money to copy the A-list superstar.

According to Mirror, Daniel declared to have performed 4,000 shows in the past 12 years.

Also known for his alter ego as Venus Delight, Daniel said, “I spent practically my whole life, my whole wallet, all the money that’s been given to me to look like Madonna.I’ve had my cheeks implanted and my jaw done several times, I’ve had my chin done and I’ve had brow lifts and fillers.But it is so worth it because, goddamn, I look like Madonna.”

He also has a closet full of Madonna’s replicated outfits from her younger days up to the latest.

Daniel’s obsession began when he was 15 years old and struggling with his sexuality.

He said he started listening to Madonna’s music when he found one of her albums owned by his mom. “I became obsessed with everything she was doing and I really felt like she was speaking directly to me.Everything that I was feeling inside was what she was singing and everything I wanted to be was what she was.”

However, this energy and enthusiasm to imitate the Evita star has sparked problems in their home with Daniel’s mom regretting her purchase of Madonna’s album. “When he first became obsessed with her I was in denial I didn’t want to believe it. I really dislike her because he holds in her too high esteem – it’s like a religion to him.” She also added, “I’m always worried about him when he has a procedure done. When he first started doing it he was going to pretty shady places where I didn’t think they were capable or qualified to do what they were doing.”

But this did not stop Daniel from aiming for his dream. He said that even his ex-boyfriend tried to stop he would always win saying, “They wish I would spend it on other things like savings or a nice car but to me money comes and goes, possessions come and go, jobs come and go but you’ve only got one life to live.”

Today, Daniel has been earning money and even gets free access to Madonna’s concerts. He said that performing onstage like his idol gives him an amazing feeling.

When asked if he regrets his choice, Daniel said, “She’s such a powerful character, she’s such an iconic character and she’s a bitch, she’s a queen and just the image of perfection. I want to die and say hey I did this and no-one else did it. I did it and I enjoyed every minute.” 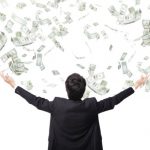 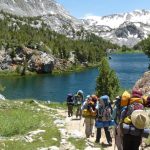