President Benigno “PNoy” Aquino III has already received four impeachment complaints since he took office, in which all of them were just dismissed because of insufficient or weak evidences. But will PNoy be able to get away from another impeachment complaint after the most recent tragedy in Mamasapano, Maguindanao?

The Makabayan bloc of the Philippine House of Representatives is going to pursue filing an impeachment complaint against PNoy once they have gathered sufficient evidence. According to Manila Standard Today, Bayan Muna party-list Rep. Carlos Zarate stated that there is a possible US involvement in the Mamasapano tragedy and that PNoy should be held liable for the death of the SAFs.

Zarate cited reports that American soldiers were seen assisting military personnel from the 6th Infantry Division base of the Armed Forces of the Philippines in Camp Awang, Maguindanao.

In addition, Zarate said that if the US involvement will proven, it is a “betrayal of public trust” since the chain of command has been violated.

Moreover, Zarate mentioned that PNoy seems to be removing his accountability from the tragedy.

Malayo pa ang Semana Santa pero si B* Aquino is already doing a Pontius Pilate. True to his form, he blamed others for the bloody, botched operation that he himself knew.

Furthermore, Zarate said that PNoy’s sympathy to the families of the Fallen 44 is not genuine, describing that what PNoy showed to them can be compared to a “crocodile’s tears”.

However according to Manila Bulletin, AKO Bicol party-list Rep. Rodel Batocabe and AKBAYAN party-list Rep. Walden Bello said that the impeachment would not have any basis and that PNoy should be commended if it was proven that he sought help from a “superpower”.

PNoy should be even commended for trying to combat terrorism by enlisting the help of US since we are ill- equipped and under-funded. I would have supported Makabayan’s impeachment on the ground that PNoy is not doing anything to contain or eradicate terrorism. To my mind, that would be treachery and betrayal of public trust. – Rep. Rodel Batocabe

The public awaits of the impeachment complaint as the families of the Fallen 44 seek justice for the tragedy. But did PNoy really commit “Betrayal of Public Trust”? Would there be enough evidence for the next impeachment case to push through? Leave your comments below. 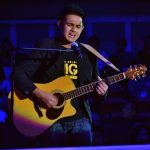 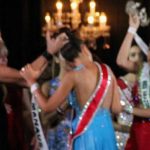