Gut-busting restaurant challenges for free food. Hungry stomach will take on that challenge. What will happen? They will continue to crave for the food until nothing is left. As a result, competitive eaters are after the prize of satisfying their tummies.

But what do you think about eating high-end food while making $9,000 a month? This is incredible! This is a growing trend in South Korea which is known as “gastronomic voyeurism”.

Meet Park Seo-yeon, a virtual eating buddy, who gets payment from sitting down in a round table of food, webcam turned on, while chatting with adorable fans.

34-year-old Korean lady used to work for a consulting firm but has left that job. Why? Her job is indeed satisfying and appealing.

Known as diva, she starts her mouthwatering working shift up to three hours. Her viewers can see, chat, and send her “virtual ballons,” which Reuters says,”convert into cash”.

“People enjoy the vicarious pleasure of my online show when they can’t eat that much, don’t want to eat food at night, or are on a diet,” Seo-yeon told Reuters.

Apparently, eating alone is getting common in South Korea. Reports said that one-person households could compromise a third of the population in 15 years.

Her loyal fan Park Sun-Young says, “It feels as if I am eating that much food with her. I think that’s what the show is about. And probably, it’s comforting for people who eat alone.”

Don’t cram for this new lovely found career, Seo-yeon has established her name as a famous personality in her country. She sets the record straight to help others bring desire to eat food, of course with the help of this “mok-bang” (a mash up of the Korean words for “eating” and “broadcast.”) . 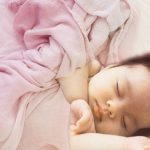 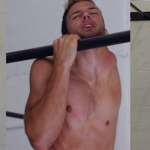