After more than a year of battling with his lung cancer disease, internet sensation Jam Sebastian has been placed on life support on Thursday, according to the father of his fiance, Mich Liggayu.

Christopher Joseph Liggayu said on Facebook post: “We were on our way to Viva when we received an emergency call from the hospital. Ang daming doctors and nurses ‘pag pasok ko at ang dami ng nakakabit kay Jam na mga machines.

“Friends, our Jam is holding on for dear life but he is in life support or a ventilator. As of now we are all at his bed side. Lahat kami nag sabi na sa kanya to rest.

Meanwhile, Mikee Agustin shared a video of Jam surrounded by his family. Seen on the video are Michelle and his brother Yexel crying as he whisper in Jam’s ears.

Recently, Jam reportedly requested to his family to end his suffering. Sebastian family did not grant his wish to end his life instead urged him to continue fighting. 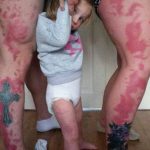 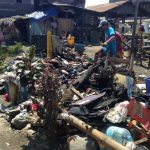