On January 30, President Benigno “PNoy” Aquino III’s ex-girlfriend Grace Lee broke the internet with her Instagram post as a reaction to Leah Navarro questioning netizens blasting President Benigno Aquino III’s absence at the arrival honors for the policemen slain in Mamasapano. Navarro is known as a member of the pro-Aquino Black and White Movement.

Referring to the trending hashtag #NasaanAngPangulo, Navarro said: “So how many of those people who dissed the President’s absence from Villamor were actually there to condole?”

On her Instagram account, the television host posted a screen cap of Navarro’s tweet with her reaction, “There is only one head of the state. Only one commander in chief! You CANNOT compare the value of his presence to the presence of any ordinary citizen then use it against them when they voice out their frustration and anger!!”

PNoy was absent at the arrival honors on Thursday after he chose to attend the inauguration of the Mitsubishi Motors’ plant in Santa Rosa City in Laguna. The president attended the necrological services at Camp Bagong Diwa on Friday morning. 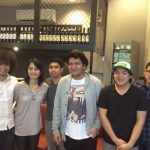 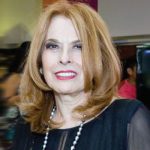