She caused a stir in the online community after she declared that she would stop wearing leggings and yoga pants so she won’t “entice” men!

Married with one kid, Veronica often blogs about her family and Christian life. However, the controversial blog post she posted last week placed her in the spotlight and gained her a lot of haters who bashed her for her “stupid” reasoning.

According to Veronica, when she asked her husband whether he is drawn by women wearing thin leggings and yoga pants, he answered “yes”. Considering how her husband is a Christian man and very devoted to her, he still looks at other women because they are wearing these “tempting” clothes.

Veronica thinks it would be fair for him if she stops wearing clothes that make men think lustful thoughts because as strong a Christian as he is, he is tempted to look at women wearing such clothing!

She concluded her post by saying she would still wear yoga pants, leggings, and other thin pants – but only at home where it would only be her husband who can see her.

The post quickly became viral because many people were outraged at her reasoning, saying not only is it a “slut-shaming” post but it also makes it appear that men still dictate what women should wear and do.

Some people believe that her post makes it appear that women are getting harassed and victimized because of their clothing – when, in fact, such harassment still happens even to people who wear decent clothes or are wearing thick clothing such as burqas and winter clothes.

Read Veronica’s original post: Why I Chose to No Longer Wear Leggings 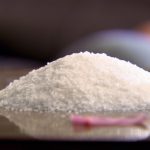 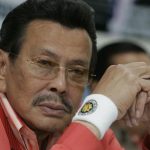