Several years after her grammar lapse became a national issue, the newlywed actress finally had the chance to shed light on her statement.

In an episode of “Kapuso Mo, Jessica Soho”, the actress admitted that she isn’t proficient in the universal language. However, Rivera stressed that mastery of the English language is not a measure of one’s intelligence.

For Rivera, who is also a graduate of De La Salle University, being “madiskarte” or enterprising is an indicator of intelligence. Rivera also emphasised the importance of having good relations over English proficiency.

In 2010, Rivera was highly criticised after making a comment about President Benigno Aquino III’s mental health. An avid supporter of the then Senator, Rivera defended Aquino against accusations that he is mentally ill.

Known as one of the countries with the highest proficiency in English language, the Philippines was once named the world’s best country in business English. As a matter of fact, the country became a hub for call centers.

Because of this and several other factors, many Filipinos equate an individual’s intelligence to one’s capacity to speak English fluently.

What do you think about Rivera’s latest statement? Do you agree that one’s English proficiency is not a measure of one’s intelligence? Share us your comments. 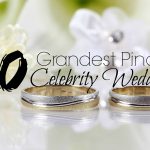