As the Philippines begins to experience yet another super typhoon, two top veteran Philippine news anchors gave their sentiments as to what they wish would happen in the next few days: for Typhoon Ruby to change its direction and to move towards Japan.

Last December 3, during the discussion of TV Patrol’s news anchors, Noli De Castro and Korina Sanchez candidly discussed about praying for the typhoon to change its direction.

What seemed to be just a usual exchange of views have ired many netizens.

Here’s what they said about the typhoon:

Noli de Castro: Alam mo, sana’y hati na lang tayo. Kalahati sa Pilipinas, kalahati sa Japan. (You know, I hope only half the typhoon will hit us and the other half will hit Japan)

Korina on the Hotseat

This exchange of ideas got a lot of different opinions from netizens, some saying that Sanchez was very unprofessional and irresponsible. A few netizens however defended Sanchez, saying that she was only highlighting that Japan is capable of recovering from the typhoon. As most netizens have said, no matter if her intention was to spare the Philippines from the typhoon, wishing ill for Japan was totally uncalled for.

Is Noli to blame as well?

Although most netizens focused on Sanchez’s opinion, De Castro actually “sparked” the idea of the typhoon going to Japan’s direction. He was the first to mention how he wished that the Philippines will only experience “half” of the typhoon and the other half to head to Japan.  Now, why is all the blame on Korina?

A netizen commented on Noli’s opinion:

A History of Controversies

In 2006, Sanchez was rumored to have been suspended from ABS-CBN for one week due to conflict of interest as reported in the Inquirer.

In 2013, Sanchez was also involved in another controversy involving her and CNN’s Anderson Cooper. Sanchez, then gave her opinion that Cooper “does not know what he is talking about” which became a hot topic even in international media. Many netizens gave their negative opinions on Sanchez, and even Cooper gave a statement through CNN daring Sanchez to visit the Haiyan-stricken areas. Although, she was not suspended from the network, she was rumored to have been advised to take a “vacation” which she eventually denied, saying that she had a scheduled trip to Ormoc which was also devastated by Haiyan.

Does the Philippine Media Have Too Much Freedom?

“Freedom of the Press” gives us the right to express our opinions without any restrictions from the government, and the Philippines has that freedom, but do we already have too much of it? Are the veteran news personalities’ opinions getting out of hand? What kind of views should be aired and what shouldn’t? Are people just overreacting to Sanchez’s view? Should they axe the end-credit discussion on TV Patrol? What’s next for Korina? These are just a few questions that need an answer. And they need an answer now.

Watch the controversial discussion below and leave a comment. 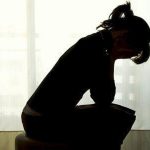