We are giggling and so excited to be a shutterbug in all events pertaining to our idols! We can’t hide our delightment to see what’s going on with the big names of showbiz!

Dont get clueless as celebrity psychic-mediums Thomas John and Roxanne Ulseman foretell what 2015 might hold with Hollywood stars!

Jennifer Aniston and Justin Theroux: According to John, he sees the couple staying together and going the distance. In 2015, He sees a secret wedding, where not many people are invited, and it seems like it will be very private — definitely under 100 people, and he sees water nearby, maybe a beach wedding.

According to Roxanne, Jennifer will get pregnant with a baby boy.

Brad Pitt and Angeline Jolie: The couple is expected to draw apart in 2015 because of so much exchange of arguments and fighting. He feels that even this year, both are living separately but split will be visible next year. This couple does not like putting a relationship-showbiz funfare that every eyes will look into.

Beyoncé and Jay Z: John predicts that the couple will stay together but not in a good way since boomed turmoil will happen. He does see that superstar Beyonce will get pregnant again and will born a girl baby in this year. Separation maybe apparent in the next years to come but not in this year.

Kim Kardashian and Kanye West: In spring time, announcement of pregnancy of Kim will circle around the globe.

Jennifer Lawrence and Liam Hemsworth: With 2015 around the corner, engagement ring is coming on the way as Liam will propose on bended knee.

As for Kate Middleton and Prince William: John admits he is seeing a royal baby no. 2 as a girl and Diana will be her name, in honor of the late Princess of Wales.

Lucy Liu: Roxanne believes that Lucy will win an Emmy for her acclaimed acting abilities and stars in an academy winning film 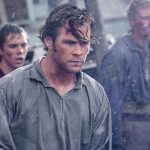 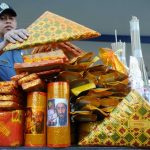