UNITED NATIONS – A U.N. staff member in Sierra Leone has died from Ebola, the third employee from the world organization to succumb to the deadly virus.

The man, who was a driver for the U.N. Women agency, passed away over the weekend in Sierra Leone and his spouse is currently receiving treatment.

All measures to protect staff at the duty station in Sierra Leone are being taken as best as possible under the current circumstances.

A Sudanese national who worked as a U.N. health worker in Liberia died in Germany last week while a Liberian woman died of probable Ebola last month.

U.N. Women said in a statement that Edmond Bangura-Sesay, who had been a driver for the agency since 2005, died on Saturday after testing positive for Ebola.

He was placed in quarantine on Oct. 14 after his wife fell ill.

She remains under care at an Ebola treatment center and a U.N. medical team was working to trace all the people who came in contact with the driver, said U.N. Women.

The world’s worst Ebola outbreak has killed more than 4,500 people in West Africa, where the United Nations is leading an effort to beat back the virus with a massive influx of aid.

U.N. Secretary-General Ban Ki-moon last week caused a stir when he complained of having only $100,000 in cash on hand for the fund and urged nations to dig deep in their pockets.

The fund is separate from a $1 billion appeal that the United Nations has launched to beef up the Ebola response. So far, $433 million have been donated to the appea,l which is earmarked for U.N. agencies.

As of Oct. 14, 4,555 people had died from the deadly virus out of a total of 9,216 cases registered in seven countries, according to the WHO. Most of them hailed from three West African nations at the center of the outbreak. 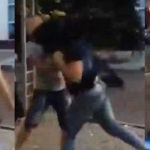 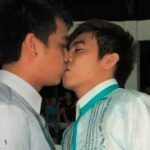