Kazakhstan – A man was knocked out after he got punched in the face by a woman he taught was a prostitute.

36 years old Anatoli Pokrovski, recorded on video a scene between a man and two women in heated argument. He said he was waiting for his girlfriend while she gets her coat when he saw the incident and decided to film what’s happening.

In the video footage, a woman released a hard blow on Kondrat Golubev, 32, after he asked her how much she charged for sex. The woman’s friend also kicked him in the groin as he lay on the ground.

Reports say that Golubev was clubbing together with friends in eastern Kazakhstan. Prior to the incident, he went outside for a cigarette and saw the two girls. He then approached and asked them how much they charged.

“He obviously thought that he was in with a chance, as he tried to ask them for a drink, and when they told him to get lost, he decided to insult them by asking of they were prostitutes and how much it would cost. “ Pokrovski said. “The women were clearly offended but I don’t think he ever expected what happened next, even though the woman really telegraphed the punch. She hit him so hard he fell flat on the pavement.”

After that, the two ladies walked off like nothing happened.

The police spokesman said they have seen the video and believed that the woman who punched Golubev is trained in some form of martial arts. The way the woman’s thumb extends over the top of her index finger shows she is not a boxer. But the force she gave in hitting the man was great that they think it’s not her first time to “hit something hard.”

Meanwhile, Golubev was taken to a hospital where he was treated from concussion. 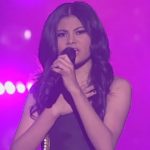 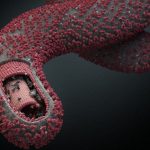