Born with a severe deformity that made his head upside-down, Claudio Vieira de Oliveira defied all odds, went to school to earn a degree in accountancy, and became an inspiration speaker – a spectacular example of how a person can overcome his disability to live his dream. According to the Huffington Post, his condition is called congenital arthrogryposis, making it next to impossible for his arms and legs to extend the way these would in normal people.

The moment he was born, Claudio’s parents were told by doctors that his chances of survival are close to none. At the time, the deformity made breathing too difficult for him. It was also quite hard to feed him, so hard that many of those who watched him in pity had advised his parents to stop trying to feed him because it will only prolong his agony; he would die anyway.

Now, would you believe he is already 37 years old? The baby who was doomed to die hours after he was born had managed to survive and live a somewhat normal life all those years!

What is even more amazing is that Claudio lives as normal a life as possible, not depending too much on the people around him for survival.

In the same way he looked at birth, his neck folds back unto itself, putting his head upside-down. Also, the severe deformity affects his limbs so that he has virtually no use of his hands and arms. His legs are also forever bended unto themselves but at age 8, he managed to teach himself to walk on his knees. This was almost necessary because it was quite impossible for him to use a wheelchair because of his shape.

His parents had to restructure their home to suit his condition, placing plugs, light switches, door handles, furniture, and almost everything else within his reach. Thanks to this, he was able to live almost independently despite his very unusual condition.

He also managed to convince his mother to send him to school, so he could learn like the other kids. He had his fair experience of bullying and weird looks from people outside his home but never did he let those deter him from striving hard to achieve his dreams.

Would you believe that in his upside-down world, he managed to finish a degree in accountancy at the  State University of Feira de Santana? In an article on The Mirror UK, Claudio said he also learned how to use the computer and could surf the web same as you and me. Also, he knows how to turn on the radio, pick up his cellphone to call his friends, or turn on the TV.

He also does some consulting, researching, and accounting for clients. Aside from that, he also gives inspiration talks about how he was able to overcome his deformities.

From the child who had a very slim chance of survival, Claudio went on to become an inspiration to others – not just to PWDs like him but to all people. As a public speaker, he has already received invitations from around the world.

His mother Maria Jose said her son has never felt shame in walking the streets looking the way he looks because he has confidence, something he earned from being gladly accepted by his family the way he is. He may look somewhat different but to them he is normal – and they never tried to fix him.

Claudio also feels normal – and, guess what? He says he does not see the world upside-down! Amazing, isn’t it? 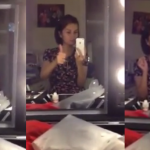 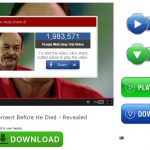