Arizona – A 9-year-old girl who was vacationing from New Jersey together with her parents never thought her trip would end in a very tragic episode.

About 25 miles south of Las Vegas, an outdoor firing range under the name Bullets and Burgers invites tourists to fire a gun and at the same time enjoy a snack.

Jim McCabe, the Mohave County Sheriff, shares the girl was able to fire the 9 mm Uzi when it was set in ‘single-shot’ mode. Then Charles Vacca, the 39-year-old gun instructor, puts the weapon in ‘fully-automatic’ mode. He handed the gun to his student while he stands off at her left. The girl fires again. The weapon, however, recoiled to Vacca’s side, directly hitting him on the head.

This one gunshot sent him to the hospital where he was declared dead, Monday night-the same day the incident happened.

According to McCabe, because the shooting range is a legal and licensed operation, no charges will be filed.

A  video released by Mohave County Sheriff’s officials shows Vacca teaching the girl how to shoot the gun moments before the fatal gunshot. 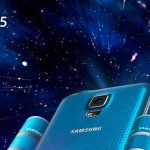 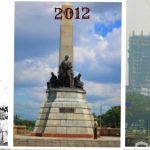