The construction of the Torre de Manila has recently come to the attention of outraged netizens, especially now that the building has grown tall enough so there are already pictures of it being the backdrop of Dr. Jose Rizal’s monument, according to Kicker Daily News.

People have begun calling it the “Pambansang Photobomber” because it is ‘photobombing’ the ‘pambansang bayani’ ng Pilipinas (the national hero of the Philippines). There are those who went as far at calling it “Terror de Manila”.

As you probably heard already, Carlos Celdran has been complaining about the tower since he learned about its construction in June 2012 but a lot of people didn’t really take him seriously then. Celdran and several people staunchly resisted the new development, working hard to stop the construction of the proposed 46-story building.

Despite their hard work, DMCI Homes continued to build the tower, said a report on Rappler. Surprisingly, the developer was able to obtain the ‘go signal’ from National Historical Commission, the agency who had the ultimate power to stop any kind of construction that would create a huge impact on any heritage site – and the Rizal monument is no ordinary heritage site!

Recently, Sen. Pia Cayetano has joined Celdran’s cause, calling for a senate probe on the issue. She also shared updates on the construction on her Facebook page.

Most of those who oppose the construction of Torre de Manila believe that it will ruin the national hero’s sightline. So, if you’ll have your picture taken in front of the Rizal monument, the tower will be ‘photobombing’ at all times. Instead of the beautiful sky as backdrop, there’s the ‘ugly monstrosity’ instead.

You might be surprised that there are many who are in favor of the building’s construction, actually. Often, these people reason that the country needs to move forward and start modern changes or developments that would help us grow and regain our status as the ‘Tiger of Asia’. It might be a little unfortunate that the tower had to built at the back of the national hero but they think it is high time the area experienced new developments such as the one offered by Torre de Manila.

Mind you, there are people who are more than willing to pay the condo’s price – after all, living in this building would give you an awesome view, something you’ll never find anywhere else in the country. You will be living in a modern place where you can admire the national hero’s monument and the rest of Luneta Park from your window, anytime of the day.

We understand that each person has a different take on the issue, different reason why he/she is pro or against the building’s construction.

So, are you or are you not in favor of the construction of Torre de Manila behind the Rizal Monument? We encourage you to answer our poll below. Yes! It would be a proof of the country’s progress. No! It will ruin the heritage site. Not sure…I can’t seem to decide which side to choose. 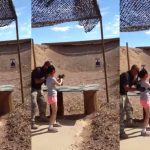 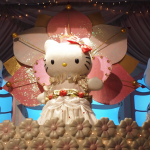