There’s been an ongoing challenge lately that’s sweeping across social media. It mainly involves pouring a bucket of chilling icy water on your head. Next is you need to post it on your Facebook account then tag and challenge others to do the same. The purpose: To raise awareness about a neurodegenerative disorder commonly called Lou Gehrig’s disease, also known as Amyotrophic Lateral Sclerosis (ALS).

The ice bucket challenge started among golfers to show support in pet charities. In a matter of weeks, it has become a huge fundraising feat for people with ALS.

The campaign got the attention of sports groups and celebrities like Justin Timberlake. Even Facebook Executive Mark Zuckerberg shared his take last August 14. Cool!

Here’s the video of Zuckerberg’s dare:

Then he tagged 3 people to accept the dare:

Yesterday, Governor Chris Christie challenged me to do the ALS Ice Bucket Challenge.

I accepted his challenge, and now I’m challenging Bill Gates, Sheryl Sandberg and Reed Hastings next.

You guys have 24 hours to complete the challenge or you have to donate to the ALS foundation — or both.

Finding ways to treat and cure ALS is an important cause. Find out more here: http://www.alsa.org

After 2 days, Bill Gates took the challenge. In an interview, he said he wanted to beat all the previous challengers.

I’m glad to give to ALS, it’s a great cause. I want to accept this challenge and do it better than it’s been done.

So before he braved the freezing cold water, he drew up a design in which the bucket is suspended in beams and connected to a rope below.

After a series of blowtorch and metal beams, Gates is ready. Before he pulls the rope, he says, 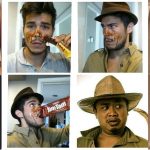 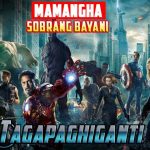