Breakups are never easy. The pain it causes the hurt person makes him/her act on things without the benefit of thinking about its consequences. For some, they choose to be silent about it and just move on. But there are those who are willing to take it up a notch just to get even. And this is where Jefferson and Iya’s  story starts.

A few days ago, the name Iya Mendoza created buzz around social media.  This began when Jefferson Manayao, made a status post on his Facebook account:

Jefferson Manayao is believed to be the boyfriend of  Iya Mendoza which he named on his Facebook status. According to his post on his Facebook profile, Mendoza sent him photos of her with another guy, inside Manayao’s car.  She did this while the former was away, working on a ship. Added insult to injury was how the girl’s relatives denied and told Manayao that the pictures are not substantial evidences that she is having an affair. The post went viral to the point that it reached almost 4,926 shares (as of writing) and 100+ comments from different social media users and affected parties as well.

And other classic comments started pouring in

Meanwhile, on Iya Mendoza’s social media account (this is the 2nd account under her name), three people have been actively posting rants and raves on her Facebook wall One is Daniel Johns, which sounded a lot like Jefferson Manayao, based on his wall posts. You be the judge.

The second one who seemed so upset about Mendoza is Sharron Magiting. And she really has something to say about Iya being a home wrecker.

And the last one is named Liza Mgguire

With all these online murmurs, no comment or post from Mendoza yet to defend herself or clear all the allegations. This is one of the bad breakup incidents that had everyone tuned in. Let’s wait for the next ‘kabanata’ on this online teleserye. Who will be the next one to speak up? 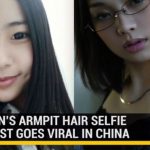 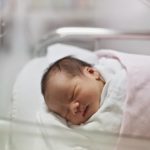