General Santos City – This morning, a video report was played on the news about a dead infant who woke up in a morgue fifteen hours after she was declared dead.

According to the report, the baby was very ill when the mother brought her to a private hospital. Thinking that her daughter is already lifeless, she went to the morgue with the body.

The police officer on duty that day told the reporters that she heard a baby crying inside the morgue. He immediately opened the room and took off the cloth from the infant for her to breath. He then rushed the child to the nearest public hospital for proper treatment.

In a separate interview with the doctor who checked the baby, she had no heartbeat when the mother brought her daughter in. Though, he denied declaring that the baby is dead.

Moreover, grateful that the baby is alive, the grandfather however admitted having the little angel discharged early because they did not have any money to pay for their hospital bill which already reached P100,000.

The miracle baby is now recovering in the hospital. 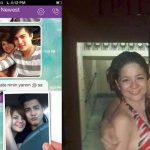 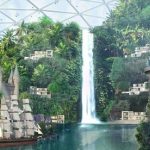