I’m very sorry, but we never do reviews to just give away praises, let alone fake ones. In this latest production of GMA Films entitled ‘Overtime,’ we may have to be brutally blunt and at the same time helpfully honest to give our readers an inkling piece of information, eventually letting them decide whether to watch the flick or not. So read on everyone!

For those who have watched it already, it’s good too see you here in the critiquing stage. And for those who are still waiting for the long lines to cease, if there are any, here are points of what I’m going to talk about:

The inconsistent mix of romantic comedy and suspense thriller

Well, ‘Overtime’ is basically a franchise made to attempt a mix between heavy suspense thriller and comedy genres. It tells the story of Dom (Richard Gutierrez), a video blogger turned out hacker whose purpose is to seek revenge against a pharmaceutical company wherein he gets a neck-hold of one of its asset employees  Jody Amistoso (Lauren Young), as they have been intimately chatting online for course of months, to use as a living weapon against it. Then there’s the tandem of the unlikely duo of an old cop lady who was recently called off in her work and a self-employed guy who was a carjacker before he proclaimed he’s changed.

Story awkwardly unfolds as the film obviously attempted to light up the supposed to be heavy suspense thriller when they mixed up comedic stints in the dialogue and frames. Well, that maybe somewhat appropriate because the film is basically introduced in the genre of romantic comedy turned out suspense thriller; But in my very opinion, Overtime transformed into a humorous if not into the not-so satisfying film with the odd mix genres.

(I can’t afford to be a spoiler here, but) Throughout the film, there are certain characters which were given that ‘slow-mo’ sequence as if they’re going to do something incredible as the film goes on, but eventually failed to show up in the succeeding scenes. Where have they gone? Oh, I think their roles are just for a cameo. Would it be better if these characters did not make it to the cut in the first place? I don’t know.

Also, as I have observed, the film keeps on introducing bits of conflicts which were not resolved in the light of the film. What happened to Raffy (Bearwin Meily)? Did his hopeless romantic deeds to Jody realized thereafter? What about Lola Vi (Mitch Valdes)? Nah, so much of it.

The horrible attempt of western cinematography and failed musical scoring

I have taken ‘film production’ subjects, and have studied numerous times the basics. And even though I’m just the ‘average joe’ in filming, I do have a taste for art and film itself. Obviously, some would not notice it, but there is a great attempt in making the entire film look ‘western,’ movie critiques will see this right away. You don’t just attempt the western way and just fail in certain frames. I believe we have our own stint in Filipino movies which can be done in such a manner that we don’t conform ourselves to the western patterns.

Also, you might as well don’t want to hear the inappropriate musical scoring. While there are specific scenes which don’t need that eerie feeling from the background. there are scenes that cry out and beg for some real thrill feeling.

Don’t get me wrong, this film runs on numbers. But observing carefully, those specific scenes which involved the time bomb ticking down and descending elevator levels, we now venture inside a ‘time machine.’ I don’t want to go any further on this, whether those numbers horribly slows down or goes back, they really are disturbing.

Much to everyone’s expectations, I can see that GMA Films is yet to experience another downfall in their latest film franchise. For the film’s actors, I can see that you guys gave your best, well-done and all for the acting prowess you’ve displayed. Brutally blunt to say, GMA Films should have to consider that a good story matters, not just good actors and actresses. And helpfully honest to say, this movie could have done so much better to improve. 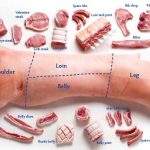 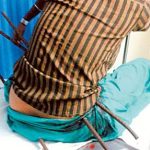