Kildare Village, Mpumalanga, South Africa – World’s youngest groom Saneie Masilela at nine years old, and his 62-year-old bride who has children triple his age, Helen Shabangu, repeated his vows in a traditional second ceremony to make their marriage official. The couple first married a year ago after Saneie claimed his dead ancestors told him to wed Helen.

Dressed in a silvery tuxedo, Saneie renew their marriage vows in front of 100 guests to make his dead ancestors happy. His family defended the union saying it’s a ritual and not legally binding. 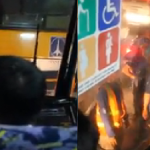 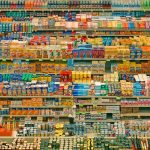