Though this is not really a shocking revelation especially to those few who really know the story, it still takes courage especially for come-backing Lahbati to admit Baby Zion. April last year when local new website pep.ph posted an article about Lahbati givig birthon April last year to a baby boy which they named Zion. According to their source an MMS photo of the baby was already sent to the Gutierrez family, during the Annabelle Rama’s congressional campaign in Cebu City.

Lahbati flew to Switzerland on January last year in the midst of the issue between the actress and GMA Networkexecutive Anette Gozon-Abrogar. Lahbati was with her mother during her departure, she denied the pregnancy rumors and stated that she will study in Switzerland.  On February this year, Gozon-Abrogar and Lahbati announced to the public their reconciliation after Lahbati’s libel case filed against Abrogar, a top executive at GMA Network, was dismissed by the local court. 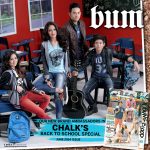 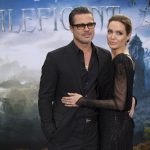