Known for pushing the shutdown of ABS-CBN, the Sagip partylist representative, and UniTeam senatorial aspirant, confirmed on April 27, his withdrawal from the 2022 national polls. 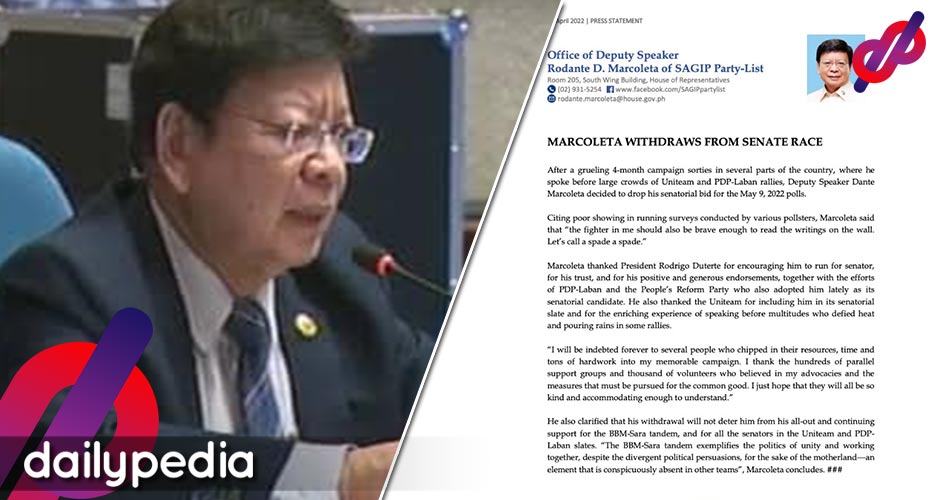 The Commission of Elections (COMELEC), through Commissioner George Erwin Garcia, confirmed that the commission approved Rep. Rodante Marcoleta’s request to drop out of the senatorial race. Marcoleta is running under the Partido Demokratikong Pilipino-Lakas ng Bayan (PDP-Laban) chaired by President Rodrigo Duterte.

A document released on social media showed the request got filed to the commission on April 21.

Marcoleta, is one of the lawmakers who pushed for and voted in favor of denying ABS-CBN a new legislative franchise. It’s a fact he has repeatedly banked on and bragged about in many of the campaign sorties he attended.

In a press statement released today, the lawmaker thanked everyone who helped him in his campaign in the past four months.

“I will be indebted forever to several people who chipped in their resources, time, and tons of hard work, into my memorable campaign.”

Marcoleta also said he would remain committed to supporting the tandem of the former dictator’s son, Ferdinand ‘Bongbong’ Marcos Jr. and Davao City Mayor Sara Duterte-Carpio and the PDP-Laban slate.

“The BBM-Sara tandem exemplifies the politics of unity and working together, despite the divergent political persuasions, for the sake of motherland—an element that is conspicuously absent in other teams.”

He cited his poor ranking in the recent opinion polls as one of the major reasons why he dropped out of the race. Marcoleta is notably way outside the Top 12 preferred senatoriables, according to the surveys released by Social Weather Stations (SWS) and Pulse Asia Research Inc.

Based on the latter’s April opinion poll, the Sagip Kalusugan representative may likely place somewhere between 24th and 30th in all senatorial rankings.

“The fighter in me should also be brave enough to read the writings on the wall,” he admitted. 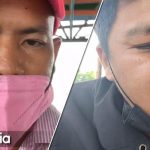 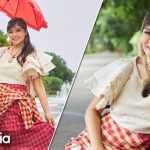