ABS-CBN has set itself as the standard when it comes to producing Christmas Station IDs, and the list proves, why.

No Christmas celebration—at least in the past 10 years—is ever complete without playing ABS-CBN’s catchy Christmas ID tunes.

You hear them at malls, at the public market, even at the surplus appliance stores where TV screens are turned on. Kids use ‘Star ng Pasko’, ‘ThanK You, Ang Babait Ninyo’, and other Kapamilya Christmas station ID songs, when they round up the neighborhood doing carolings. And when we play Christmas songs at home, the ABS-CBN’s iconic CSID theme songs are naturally part of the playlist. 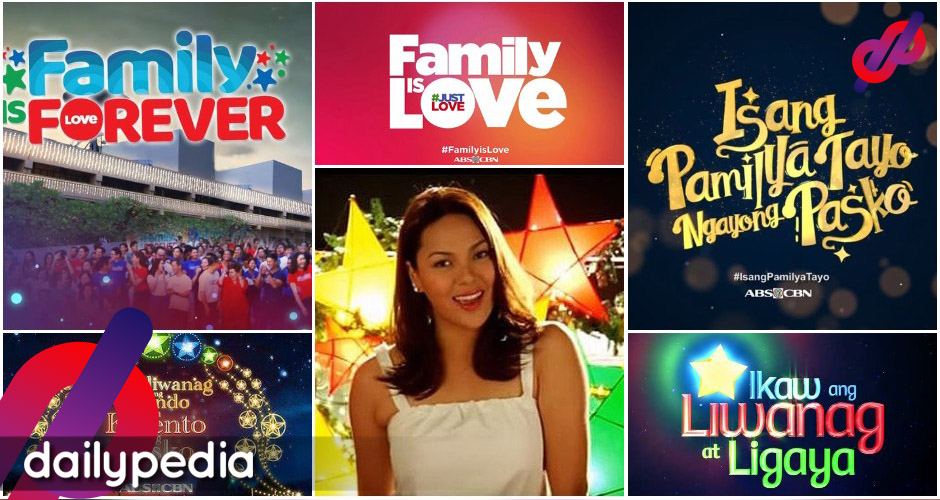 As ABS-CBN is about to release its annual Christmas ID, again, here’s a trip down the memory lane, featuring 10 of the best Christmas Station ID theme songs ever produced by ABS-CBN:

This Christmas Station ID is very memorable because it marked the first time Kapamilya artists assembled in one place to sing the station ID jingle. It also gathered the company’s biggest singers, especially ASAP’s powerhouse artists including Gary Valenciano, Martin Nievera, and Zsa Zsa Padilla. “Sabay tayong lumuha, sabay tayong magsaya” says one of the most remarkable lines of the song, which is perfectly fit for what the company has gone through when it shut down last year and triumphantly returned before the year ended.

Bro, Ikaw Ang Star ng Pasko, is undoubtedly among ABS-CBN’s most memorable IDs, given the events that resulted in its conception. The song used in the station ID–Star ng Pasko became an ultimate Christmas anthem, which gets played over and over in almost the same frequency as Mariah Carey’s All I Want This Christmas is You.

The catchy tune, albeit repetitive–of this Christmas Station ID can both inspire and make people dance. Featuring The Voice coaches and its successful alumni, Magkasama Tayo Sa Kuwento ng Pasko is a song that can live rent-free in anybody’s head.

It’s not at all surprising why children are the ones who mostly use this tune as a caroling piece. The original singers of the track are ABS-CBN’s finest child singers, were joined by ABS-CBN’s vocal powerhouses. The song got inspired by the traditional closing song sung in carolings.

ABS-CBN’s powerhouse love teams, KathNiel (Kathryn Bernardo and Daniel Padilla), JaDine (James Reid and Nadine Lustre), and LizQuen (Liza Soberano and Enrique Gil). It’s a tribute song for the country’s frontline workers. It is best remembered for its ‘na-na-na-na-na-na-na-na’ line, which is probably the one that gets stuck in the head the most.

The Voice coaches, Sharon Cuneta, Bamboo, Sarah Geronimo, and Lea Salonga, lent their voices for this song. “Naniniwala pa rin ako sa himala ng pasko” one its most powerful lines says, which is an affirmation of our undying faith of that miracle that we keep celebrating every Christmas – birth of Jesus.

‘Lahat ng mga hidwaan, ngayong pasko’y matatapos’ is what this song promises. It’s a sincere wish that remains on our grown-up Christmas list, no matter how many Christmases have passed. The recording video for this track already has 45 million views on YouTube, making it one of the most viewed Christmas IDs.

This Christmas Station ID was used as a special tribute to ABS-CBN’s 65th year as a company. The theme of the music video, itself, gave highlights in the years ABS-CBN spent with its loyal viewers, as a family. It also gave a nod to the classic 2009 Christmas station ID, as part of the lyrics were lifted from ‘Star ng Pasko’

IIkaw Ang Liwanag at Ligaya marked the first time ABS-CBN celebrated Christmas without a franchise. The song’s lyrics, however, are still hopeful and positive. It talks about Jesus as our light and joy, the same way we are to each other in times of struggle. It also gave tribute to the undying miracle of Christmas and the hope it keeps on giving to everyone having a hard time dealing with difficulties.

Which of these Christmas ID theme songs is your favorite? Don’t forget to share your thoughts in the comment section. 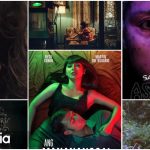 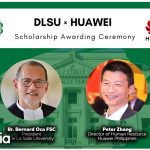