ABS-CBN has fulfilled its promise to keep on entertaining the masses despite the lack of a congressional franchise.

Their message “Andito Kami Para Sa ‘Yo” is being felt nationwide by viewers as the Network never really went away.

The media company stood by its word.

The Kapamilya network is currently looking to find a way to make viewers feel like it still has a franchise.

People do not have to worry about missing out on the news as TeleRadyo and the ABS-CBN News Channel are always there to update.

Those who have a stable Internet connection will have no problem tuning in to ABS-CBN content which can be watched on the Kapamily Online Live on facebook, YouTube, iWantTFC, and WeTV iflix.

Apart from the platforms mentioned, ABS-CBN is also available on Kumu and Spotify.

The absence of a franchise might not be so bad after all since people are watching less television.

Online streaming is where the money is today because it offers more flexibility and freedom for viewers.

Maybe the ABS-CBN shutdown was a blessing in disguise? 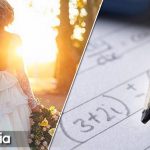 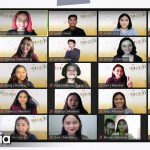