As scenes at the US Capitol building continued to rage, Filipino journalists couldn’t help but react to how their contemporaries have both worked during the siege. 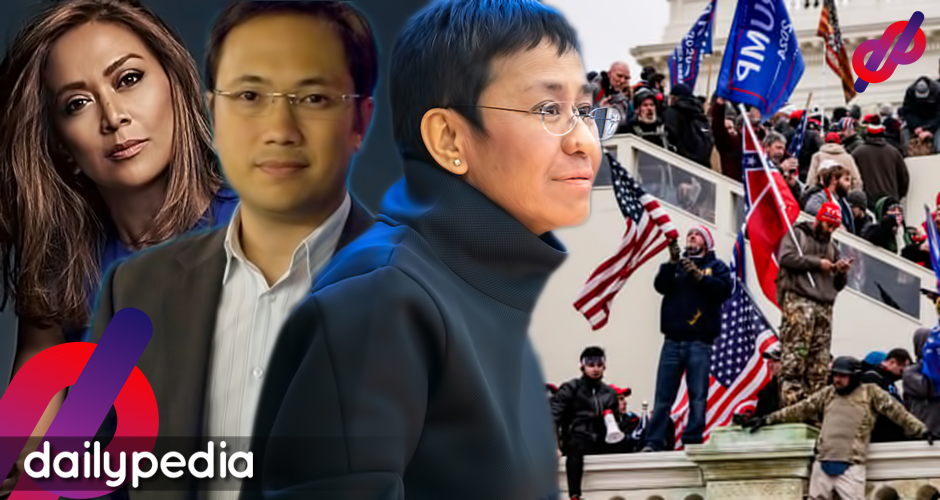 This 7-minute report from iTV News’ Robert Moore captured and summed up the scenes that have made global headlines on January 7 (January 6 in the US):

Watch @robertmooreitv's report from inside the Capitol building as the extraordinary events unfolded in Washington DChttps://t.co/krCQf1uQbx pic.twitter.com/SiWbzF5Nzs

Moore and his crew’s work has garnered praise from local reporters, dubbing it as a brilliant piece of journalistic work.

TV journalism bringing you to the scene through words, sounds and images. It feels like we’re there. https://t.co/Wv5iUK0ITR

Brilliant piece of TV journalism on an extraordinary day in the US Capitol. https://t.co/zKoJ63Wbzc

Taking you there. Tragic. How one leader can turn a country to hate. @robertmooreitv https://t.co/0qEdQLeaUj

Rappler CEO Maria Ressa, however, underscored the scenes with an important warning.

If you haven’t seen the impact of hate and conspiracy theories left unchecked on social media, which has become a behavior modification system, watch. #CourageON #StoptheImpunity https://t.co/8Vye3P4Ldy

“If you haven’t seen the impact of hate and conspiracy theories left unchecked on social media… watch,” she said, almost as if she were sending a warning.

Another video, however, showed just how grim it was to be reporting in Washington, DC at that moment.

BREAKING. Mob of Trump supporters swarm the media near the US Capitol. They yell what Trump frequently says, “the media is the enemy of the people.” They destroy equipment and chased out reporters. I’ve never seen anything like this in my 20 year career: @nbcwashington @MSNBC pic.twitter.com/3VLC07JQR2

This video from NBC’s Shomari Stone showed how Trump supporters took US President Donald Trump’s message of “the media is the enemy of the people” to heart—and literally attacked crews from the Associated Press.

ABS-CBN reporter and ANC anchor TJ Manotoc had a few choice words for the outgoing POTUS.

This is the result of 4 years of @realDonaldTrump vilifying the media.

All it takes is one crazy guy in a group of protesters to lose it.

Hopefully no journalists got hurt and they were able to flee from the scene before their equipment was ransacked 🙏🏼 https://t.co/27pAmtZ7Ni

Another angle of the same scene, this time taken by news agency AFP, showed Trump supporters continuing to attack media personnel—and driving them away from the US Capitol grounds yelling “CNN sucks”.

VIDEO: Trump supporters smash media equipment outside the US Capitol.

Supporters of Donald Trump smash media equipment and scream at journalists next to the US Capitol after protesters supporting the US president stormed the building and shut down legislative sessions pic.twitter.com/eHEwZhWeI7

Filipino journalists who shared this video came out with a stern warning about demonizing media, especially news agencies.

When the media is demonized as "the enemy of the people", this happens. https://t.co/Ki8qDqhJlh

White people can get away with this violence, yet Black people can still get shot for no reason while sleeping in bed in their own homes. https://t.co/c19xBqrjtI

This is a direct result from a culture of hate against journalists for doing their job.

Hope nobody got hurt. https://t.co/1ZOwhVhn2z

Some, like Rappler producer Nick Villavecer, raised concerns about the consequences for the crew if this were to happen in the Philippines.

CBS News journalist Barnaby Lo would zero in on the reason why this happened in the first place:

Do you now see why and how a leader’s words matter? Trump kept saying the election was rigged, so now his supporters won’t let the democratic process of certifying Electoral College votes go through peacefully. This is on Trump and his GOP enablers.

For his part, neither Trump nor anyone from his camp appear at all at the US Capitol building, owing more likely to the fact that their lives would have been in danger if they did.

Stark reminder for media or for Filipinos?

With the 2022 National Elections appearing larger on the horizon, these sights in Washington, DC should serve as a warning to Filipinos.

President Rodrigo Duterte, who at one point said Trump deserved to be re-elected, is a parallel of sorts for the outgoing POTUS.

Duterte has expressed his distaste for local media about as frequently as Trump, ultimately culminating in the closure of local media giant ABS-CBN and the expulsion of online news agency Rappler from the Malacañang Press Corps.

Though he would tell reporters at the beginning of his term that they can be as critical of him as they want, he has always fired back with rhetoric similar to Trump’s—albeit in a more legal way.

His attacks on the media have also emboldened some of his most ardent supporters to do some “reporting” of their own, often relying on political bloggers supportive of his administration to push the government’s agenda.

These bloggers would fuel his horde of supporters, called Duterte Diehard Supporters, to come up with their own versions of local news that they would then share on social media.

He would, of course, backtrack on some of his attacks on the media after looking through reports himself—which begs the question: who has been feeding him false information, leading him to attack the media he asked to be his biggest critics to begin with? 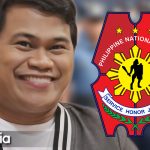 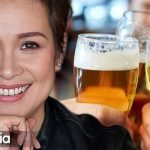