It would seem that President Rodrigo Duterte has had enough of the game that lawmakers have been playing at the House of Representatives.

In an unscheduled speech aired earlier today, Duterte warned the House of Representatives that if they do not shape up and pass the 2021 national budget “legally and constitutionally”, he will do it himself.

In his speech, he said it was “not a legal matter” and that lawmakers “think of Filipinos in hospitals who are in need of medicine.”

He said he has no plans of staying as the country’s president but says he will solve the impasse at the House or he will do it for them.

“Mamili kayo. Either we have a positive development na maligayahan yung tao, yung amo natin,” or there will be consequences. He pointed out how “everybody wants to be Speaker (of the House)” as the reason for the impasse.

Duterte insisted on not giving a timeline to Congress in passing the 2021 national budget, but he said that he will assert his position as President “if and when I see a delay that will result in the derailment of government service, I will solve the problem for you.”

He did, however, say that he will “see if there is something we can hope for” in the next few days. “If not, then we will see what I can do.”

In a Facebook Live that aired prior to the President’s speech, Cayetano assured the public that work on the 2021 national budget will not stop and that what they were doing was “completely legal”.

He insisted that it would be “more expeditious” to proceed with budget amendments and suggestions via a technical working group. He emphasized that further deliberations on the House floor will result in more delays because of “the work of a few people”.

He likewise apologized to Senate President Vicente Sotto III if it seemed he was passing the blame onto the Senate if the 2020 budget was to be reenacted for 2021.

He would release a statement as an “answer” to the President’s speech a few hours after it aired.

ALMIGHTY GOD admonishes us to bear one another's burdens. In doing so we are obedient to GOD'S Word To Love Each…

In it, he gives his guarantee that the House “will submit the printed budget to the Senate on November 5, allowing them to proceed with their hearings.” A formal transmittal will then follow on November 16, “immediately after Congress votes and approves on third reading the 2021 General Appropriations Bill.”

He assured Duterte that everything Congress has done is “legal, constitutional, and inline with time-honored precedence in the House.” He also thanked the President for supposedly ridding the House of its internal political squabbles so they “can continue to deliberate on the budget.” 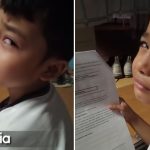 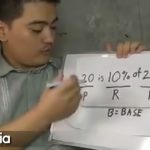