But their 32-year relationship ended last November as Barrie revealed that he is “head over heels” in love with his daughter Saffron’s bisexual ex-boyfriend Scott Hutchison who is only 19 years old.

Barrie and Scott are looking to have triplets through another surrogate.

“I am overjoyed to share the news that Scott and I are pregnant with triplet girls. We are using a surrogate and she’s fallen pregnant at the first attempt,” Barrie told The Sun.

But on his Instagram, Barrie showed that they are in fact not having triplets.

Barrie is now called Dad, Scott is Stepdad, and Tony, who already has a new partner, is Daddy.

Barrie and Tony had three more children after Saffron who are Orlando, Jasper, and Dallas.

Interestingly, back when they were still dating, Scott and Saffron also thought about having a surrogate baby.

“I’ve fallen in love with Scott and he has done the same. I feel stupid at my age to have these feelings about someone other than Tony who is half my age,” said Barrie.

“But when you know something is right, it’s right. We have not made definite plans but I would like to marry Scott. I’m not having a midlife crisis. This is the real deal.”

Barrie knows that not everyone will ‘get it’ but says the family is still relative to others.

We are PREGNANT!!! WAHOOOOOOOO Scott Robert Hutchison Now, i will be boring you all with the scan photos over the next few months x https://www.thesun.co.uk/fabulous/11126628/britain-first-gay-dad-triplets-daughter-ex/

On his Facebook, Barrie said he and Tony will do just fine in spite of the criticism surrounding their relationship.

“I’m not sure what the big deal is myself, things don’t always work out in relationships for one reason or another, but Tony and I are both very happy about the way things have turned out and regardless of the negativity regarding our relationship, we will both be there for each other through this very difficult time.”

Barrie is the CEO of the British Surrogacy Centre of America that offers surrogacy services in various countries which was launched back in 2000.

Barrie and Scott have a net worth of approximately £40million and have homes in Danbury, Essex, and the US. 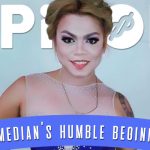 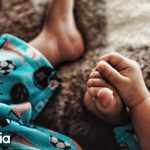