According to Forbes, Volcanic ash is a frozen lava that mostly made of silicon compound. When it freezes from its molten state, it would look like sand and if it does on a rapid pace, it becomes glass.

An individual fragment could measure no longer than two millimeters across, but often times it is finer than that.

When ashfall happens, people need to clean it up as soon as possible to prevent accidents and collapsing of structures.

The Department of Health also warns people that inhaling volcanic ash could let you suffer the following:

“Anyone who already suffers from health problems such as bronchitis, emphysema, or asthma should avoid exposure to volcanic ash,” the DOH said.

The DOH also advises the public to take the following pracautionary measures:

After the eruption of the Taal volcano in Batangas, the health department and other goverment agencies  to heightend their alert level to the cause of the eruption and ashfall. 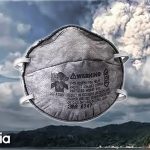 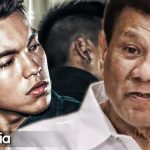