An Overseas Filipino Worker (OFW) named Raymond who had been away for eight years planned a homecoming surprise for his wife and son. He asked the help of some of his trusted friends and family to plan and make his surprise possible.

They planned to spring the surprise at Max’s Restaurant in SM Lanang Premier mall in Davao City, Southern Philippines. 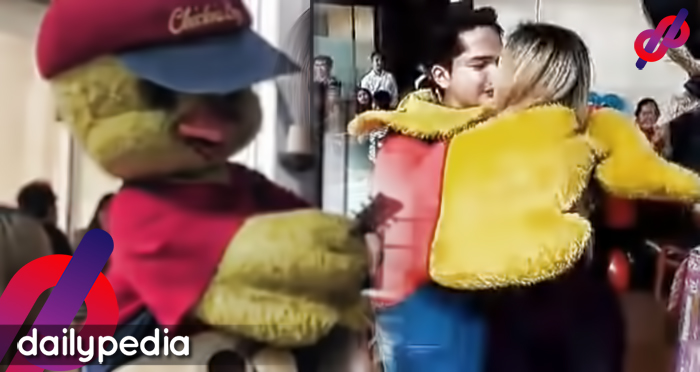 Instead of simply showing up to his family, he requested the help of Max’s Restaurant staff to let him use their mascot costume so he could surprise his family. When his family arrived at the venue, he met them at the door wearing the mascot costume so his wife wouldn’t recognize him as he welcomed them and brought them to their table.

His family was informed that Max Restaurant was currently celebrating their anniversary and that they were lucky ones to win in the raffle.

Raymond’s wife was happy with the mascot’s appearance as she even sent video clips to her husband via messenger. She doesn’t have any idea what was happening until the mascot started to serenade her with a love song which made her wonder.

After the serenade, a service crew told her to open a gift. She saw some birthday balloons and flowers inside the box which made her laugh. When she saw the flowers, she knew that it was her husband who sent it and asked someone to do it on his behalf.

But she got it wrong. As she turned around, she saw that the man behind the mascot was actually her husband all along. In her surprise, she immediately hugged him and both cried happy tears. 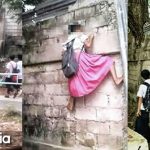 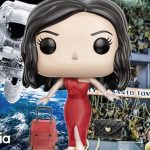