After 10 years, we get to watch how young Donna (Lily James) became Donna Sheridan (Meryl Streep). Mamma Mia 2: Here We Go Again tells a story of continuing the dream and how it began.

The movie included flashbacks from 1979, telling the story of how Donna discovered the island of Kalokairi, met three men and gave birth to her daughter, Sophie Sheridan (Amanda Seyfried).

Mamma Mia 2: Here We Go Again showed parallels between Donna and Sophie‘s lives. It shows Donna’s, her wonders, and travels. This also conveyed Sophie’s struggles in continuing her mother’s dreams while being away from Sky (Dominic Cooper). Obviously this film served both a prequel and a sequel to the first one.

Mamma Mia 2: Here We Go Again displayed Sophie, as the new Dancing Queen. The movie presented a queen’s passing of the crown and the appearance of another queen. The color palettes of the scenes depicted the emotions behind the characters.

The scenes in the movie also have aesthetically pleasing cinematographic pieces.

When comparing the friendships and romantic affairs of both camps, it literally looked like Lily was growing up to be Meryl. The uncanny resemblance and personalities between every character became a prime point for viewers to look out for.

In interviews, Lily admitted her anxiety in stepping into Donna’s shoes. However, she shouldn’t have worried as she had made a spectacular performance in being the young Donna.

Although Hugh had a dorky portrayal of Harry, it made sense. Colin’s awkward outlook as Harry made him lovable to viewers. On the other hand, viewers wanted to know more about Hugh’s portrayal of Harry as he only had a short screen time.

The similarities between Stellan and Josh’s portrayal of Bill remains uncanny. They also showed off the same playboy personalities of the character. They both also served as a heartthrob for viewers to fall in love with.

Sam, oh Sam. Both Pierce and Jeremy both showed their emotions through their eyes. Jeremy’s impeccable portrayal of Sam made viewers’ hearts ache for his love story with Donna. 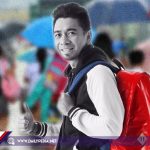 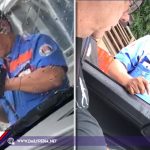