Last April 27, a video went viral wherein Gilas Pilipinas 2023 cadet Ricci Rivero was shown shouting at a female fan who approached him for a selfie after a game against De La Salle University in the Filoil Flying V Preseason Cup. 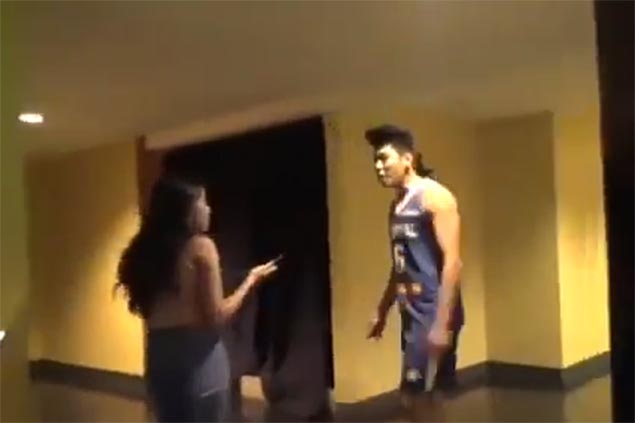 Rivero was on his way to the locker room when a female fan followed him and tried to get a photo with him. However, he shouted at the fan before praying at a nearby cross.

In his open apology, which he tweeted last June 11, he stated that the dugouts are a private place for the players to pour their emotions after a game and it was just an inappropriate place to ask for a selfie.

Rivero apologized to the girls who looked disappointed and stated that he is still a “work in progress”. 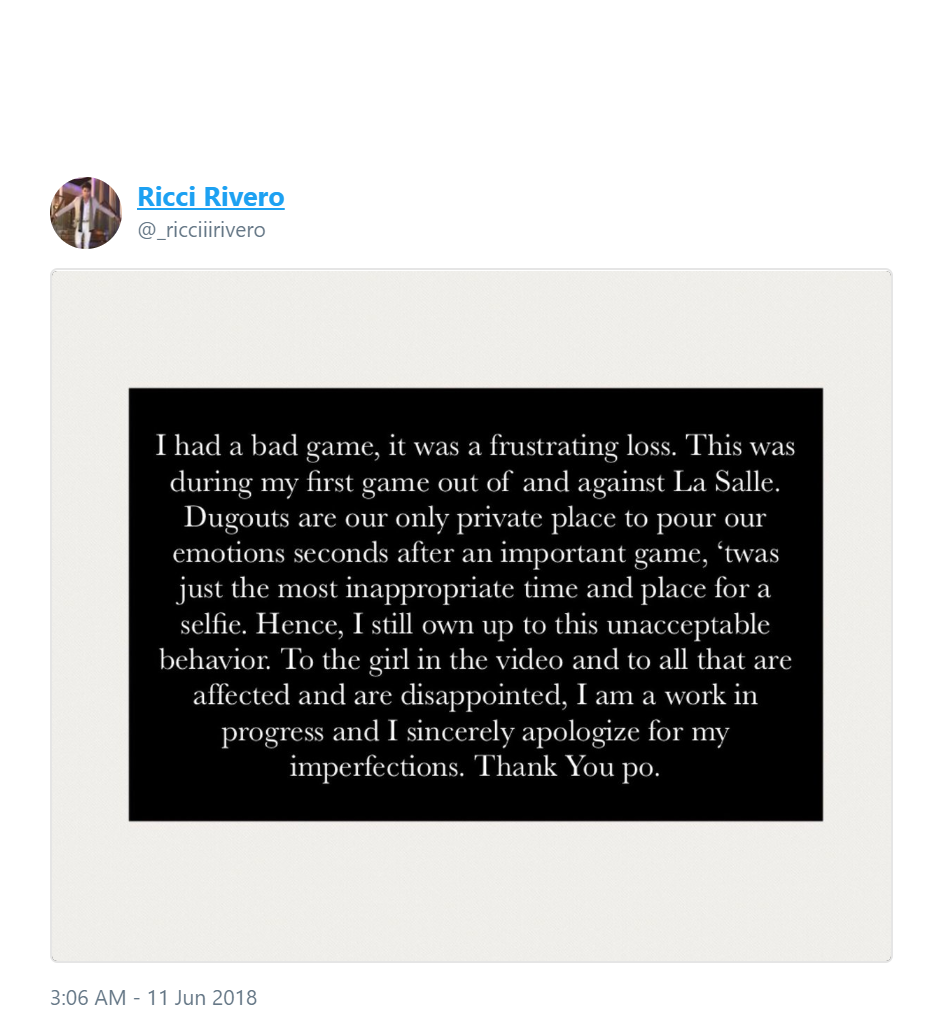 “I had a bad game, it was a frustrating loss. This was during my first game out of and agains La Salle. Dugouts are our only private place to pour our emotions seconds after an important game, ’twas just the most inappropriate time and place for a selfie. Hence, I still own up to this unacceptable behavior. To the girl in the video and to all that are affected and disappointed, I wam a work in progress and I sincerely apologize for my imperfections. Thank You po.” 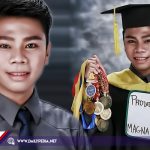