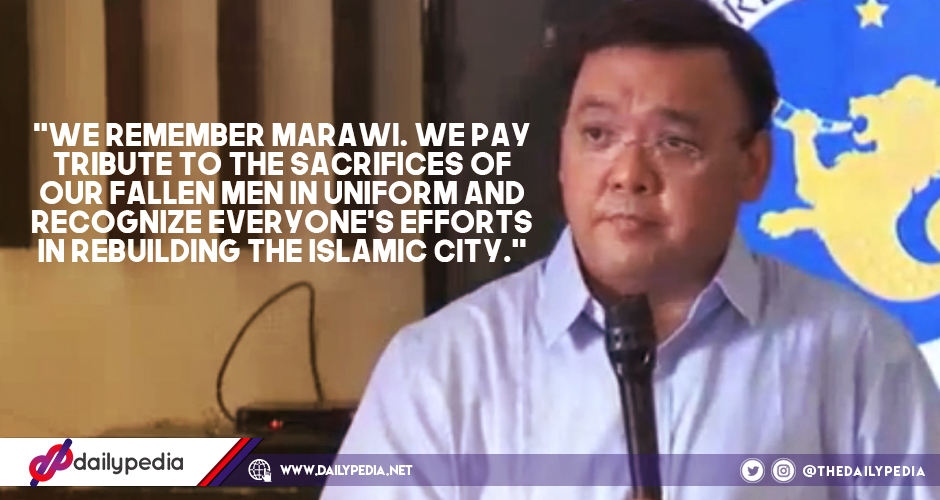 Malacañang on Thursday, May 24, assured the public that the government is acting fast on its efforts to completely rehabilitate and reconstruct the war-torn Islamic City, a year after Maute rebels took hold of it.

“We remember Marawi. We pay tribute to the sacrifices of our fallen men in uniform and recognize everyone’s efforts in rebuilding the Islamic City,” Presidential Spokesperson Harry Roque Jr. said in a press briefing here.

The Cabinet Secretary noted that the government’s priority right now is to restore normalcy in the lives of displaced Filipinos affected by the siege adding that much work has been done. 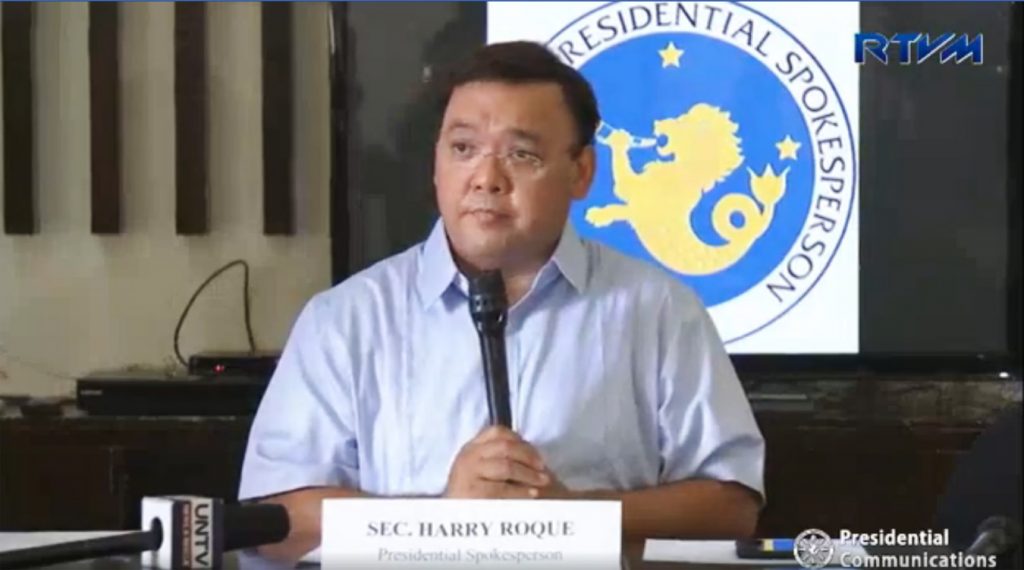 To date, he said 70 percent of displaced residents have gone back to Marawi, occupying temporary shelters built by the government.

Furthermore, he cited that all 67 evacuation centers in Northern Mindanao and parts of Lanao del Sur will be cleared of occupants within the year, which means all evacuees will be allowed to return home soon.

A total of 77,700 individuals or 10,835 families were also allowed to return to the most affected area (MAA), the Spokesperson added.

Meanwhile, Secretary Roque belied claims that the government has no master plan for the complete rehabilitation of the city, particularly the reconstruction of the so-called “Ground Zero.”

Roque said the Bangon Marawi Comprehensive Rehabilitation and Recovery Program (BMCRRP) is targeted for approval by the Cabinet this June.

Under the said initiative, 892 short- and medium-term programs, projects, and activities (PPAs) will be implemented by different government agencies for the reconstruction and development of all localities affected by the siege.

A groundbreaking ceremony is also set to be conducted in June to signal the start of a full-scale reconstruction of the MAA, Roque announced.

“It will be a very modern… Islamic city that all Filipinos can be proud of,” he added, as he assured residents and stakeholders that the rehabilitation plan would take into account the cultural and religious sensitivities of the Maranao people.

Roque also stressed that the Executive Department is willing to participate in any investigation that may be conducted by the Senate in relation to the siege.

During the same press briefing, Malacañang welcomed the Social Weather Stations (SWS) First Quarter 2018 survey, which shows that more Filipinos expect their personal quality of life to improve in the next 12 months, a belief which remains “excellent” at +40.

The same survey revealed that net optimism about the Philippine economy continues to be “excellent” across all geographic areas and socioeconomic classes, standing at +31.

This means that many Filipinos remain positive that the Philippine economy would get better next year, Roque noted.

“We consider these latest survey results as a vote of confidence in the President and the members of his economic team,” the Spokesperson stated, citing that the country’s economy remains on target, hitting 6.8 percent during the first quarter of 2018 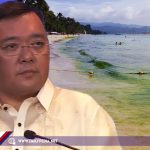