This, as the Presidential Communications Operations Office (PCOO) launches the Government Satellite Network (GSN) in June this year, which would allow the transmission of government videos, photos, and data to even remote parts of the country and the rest of the world via advanced satellite and IPTV (Internet Protocol Television) technology.

PCOO Secretary Martin Andanar said the project would deploy set-top boxes or satellite receivers in over 42,000 barangays in the country beginning June.

“Our target is to launch this in June this year because it’s not a joke to roll out 42,000 satellite receivers,” Andanar said in an interview with radio dzRH.

“We’re doing this for faster internet delivery through satellite in remote areas of the Philippines. We know there are barangays in our country that have no telecommunication signal. So government satellite network will provide internet in barangay halls without internet,” he said.

Andanar said Duterte could talk to all barangay officials “anytime he wants” through the GSN project.

“The beauty of this government satellite network is not just one way. Because it has internet access, it will also have IP (internet protocol) TV. So Barangay San Roque, for example, in the remote area of Cagayan can speak to the President of Malacañang using your satellite,” Andanar said.

Pabalan said RTVM would serve as the main hub of the government channel that would operate 24/7.

“It will feed the speeches of the President and if there is no live event, we will play back videos of the PCOO and other government agencies’ program which do not come out over PTV4,” Pabalan said in an interview with the Philippine News Agency (PNA).

Like other proposed government projects, Pabalan said the satellite receiver deployment would undergo Swiss challenge, a procurement method that Duterte has been pushing to replace the current bidding process.

Aside from 42,000 barangay halls, the satellite receivers will also be deployed in the national and local government offices.

“We are now more visible and affecting on-air, online, on-print and on-ground. These are proud achievements for each channel, which will in turn support your efforts in communicating change,” Andanar told the more than 1,600 participants of the first National Information Convention held on Feb. 19-21 in Davao City.

Andanar promised to maximize all resources “to get the best of the government media so that they will become useful in information dissemination.”

Aside from satellite receivers deployment, Andanar said the PCOO and the Department of the Interior and Local Government (DILG) also plan to have information officers in each of the more than 42,000 barangays.

“It is not enough to have that technology. Communication should be continuous, it does not stop,” he said. 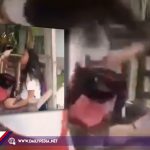