Miss International is one of the most publicized beauty pageants together with Miss Universe, Miss Earth and Miss World. These are the women that came in as a runner up and won the title: 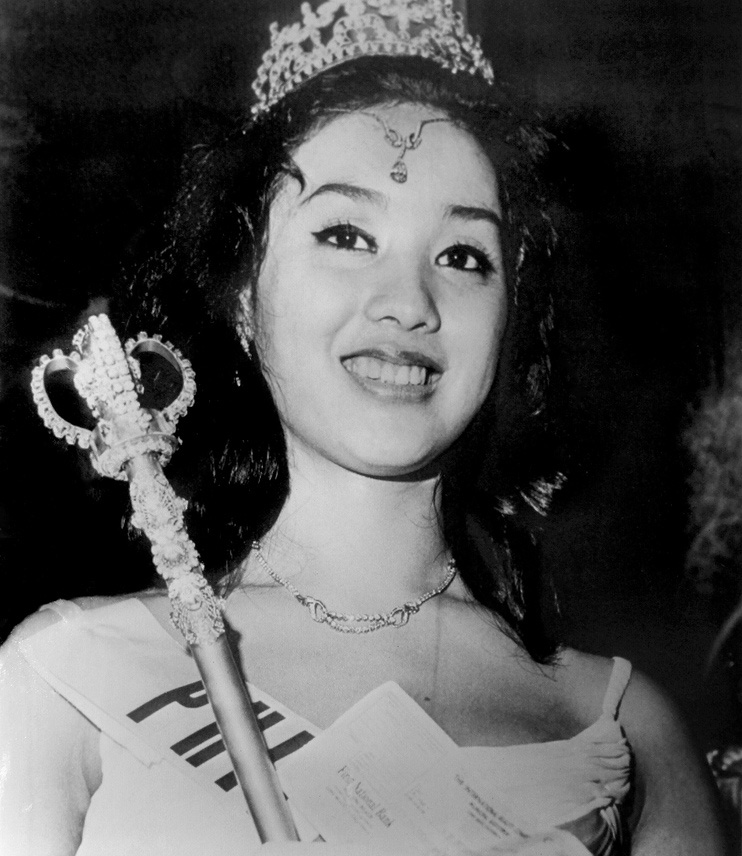 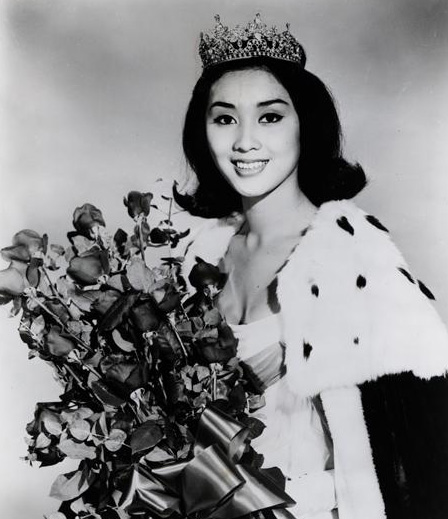 Gemma Cruz is the first Filipino and Asian to win the title of Miss International. She received an “Outstanding Manileña” and a “Golden Heart” Presidential decoration from President Diosdad Macapagal.

Her paternal great-grandmother was Doña Maria Mercado, the sister of the Philippine’s National Hero, Dr. Jose Rizal. Her mother is the writer and journalist, Carmen Guerrero Nakpil and her maternal uncle is writer and diplomat Leon Maria Guerrero III. 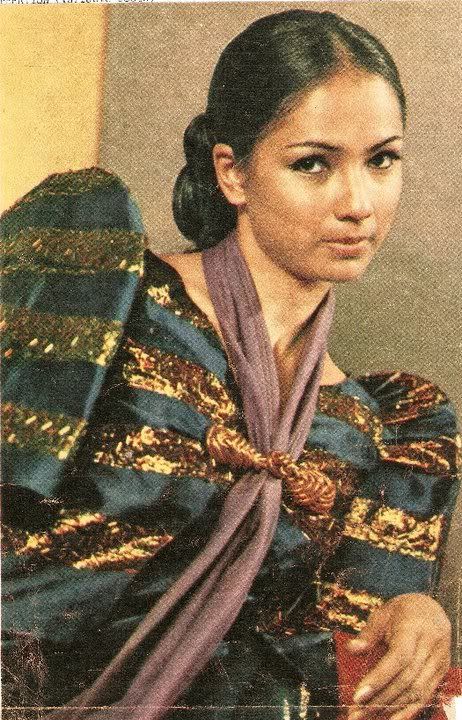 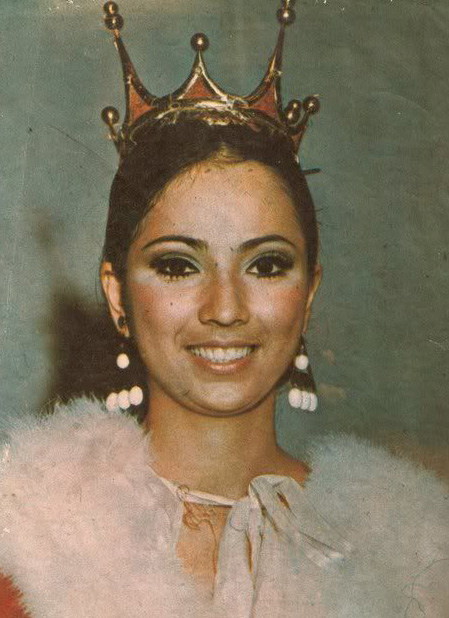 She is from Bacolod and a graduate of Saint Scholastics’s College. Her victory in winning the title 1970 Miss International meant that Philippines is the first country to win the title twice.

She married golfer and basketball coach Tomas Manotoc in Dominican Republic. They have a son; TJ Manotoc and a daughter; Mavis. After years of marriage, they had a divorce. She is now an active member of the Gawad Kalinga movement in the rural area of the country. 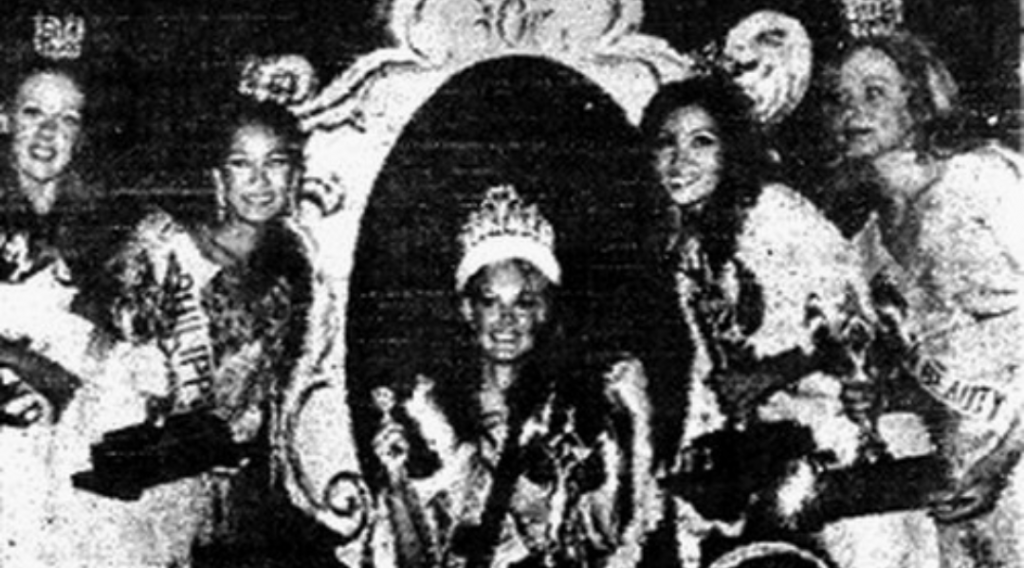 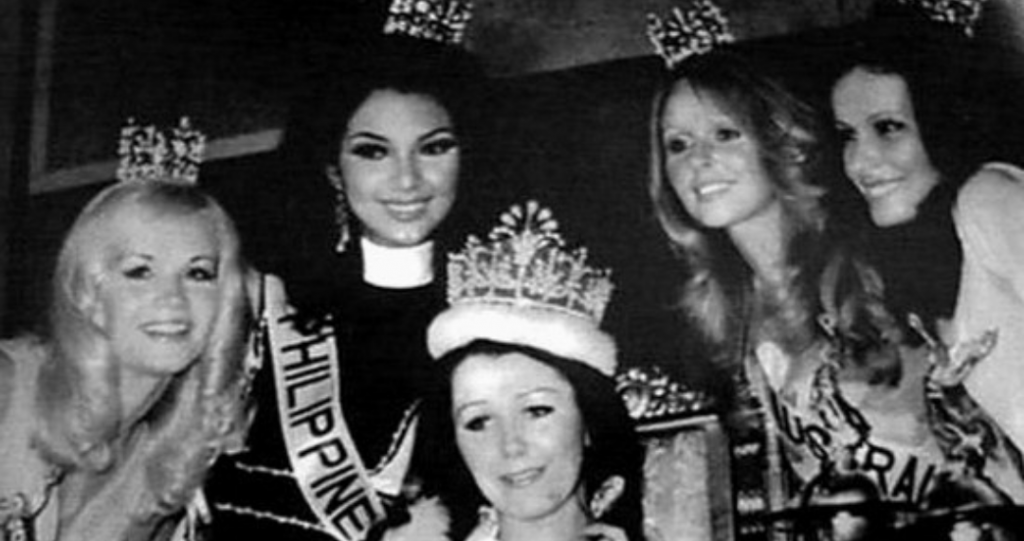 She was nicknamed “Yogi” during her pageant days and was very surprised that she was placed so well. She won the “Miss Costume” plaque, competing against 45 contestants. She used to say that she wanted to open up a store dealing fabrics and fashion clothing. 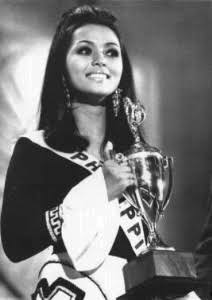 13th Miss International beauty pageant, was held on October 13, 1973 at the Exposition Hall Fairgrounds in Osaka, Japan where 45 contestants competed for the crown. 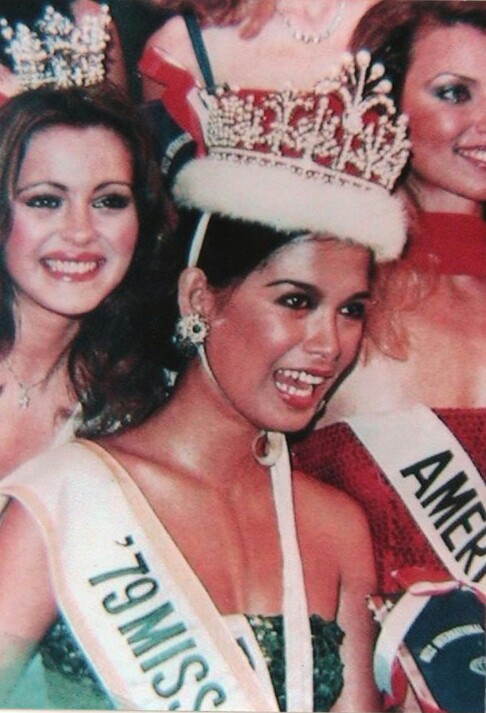 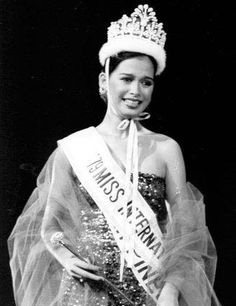 In 1985, she became the Face of the 80’s winner in New York, USA. In 1986, she became the first runner up in the Supermodel competition. In 2000, she was dubbed as the “Most Beautiful Miss International Winner.” 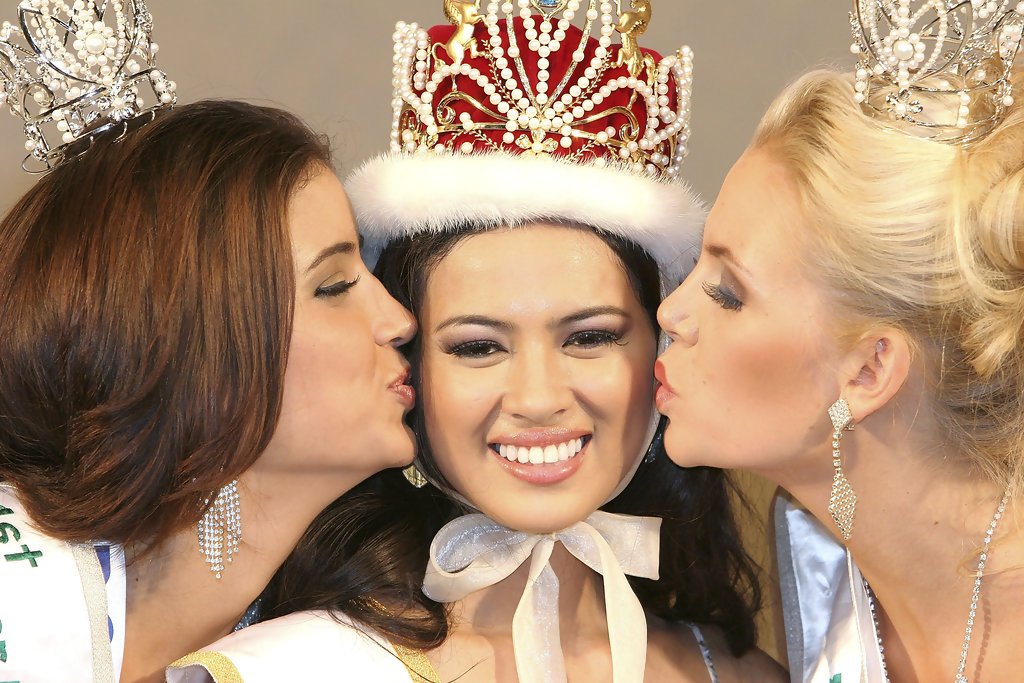 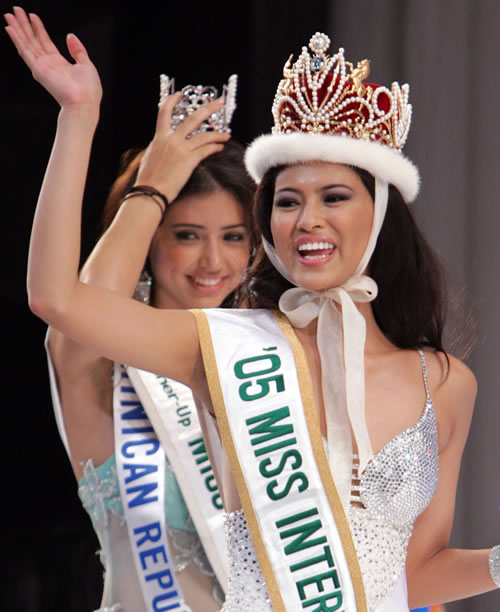 She got engaged to her lontime boyfriend, Marco Alcaraz, in 2010 and had a civil wedding in January 1, 2011 in Vancouver, Canada. They got married again in July 8, 2012 in a Christian wedding ceremony that was held at the Hacienda Isabela in Tagaytay City.

In Nov. 10 2012, she gave birth to a baby boy via cesarean section in Asian Hospital Medical Center in Alabang, Muntinlupa City. 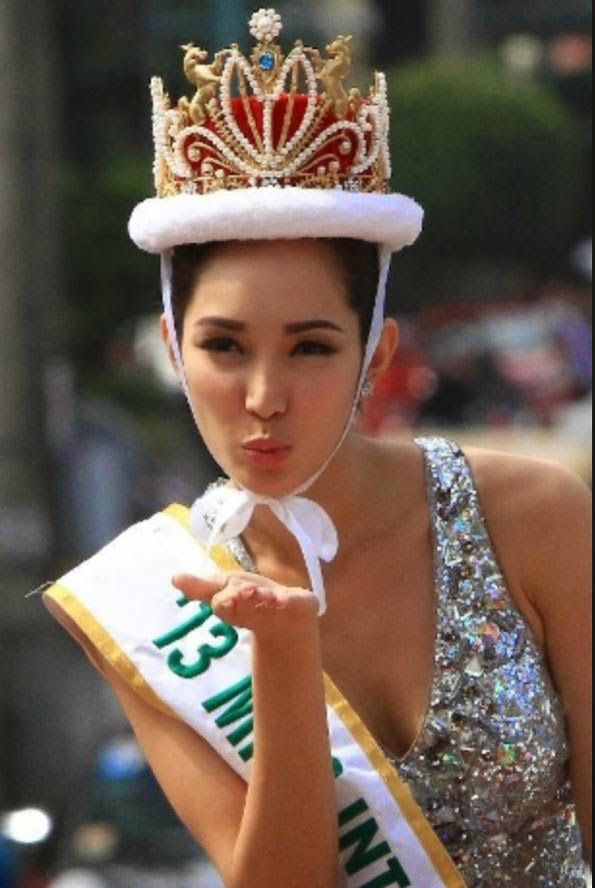 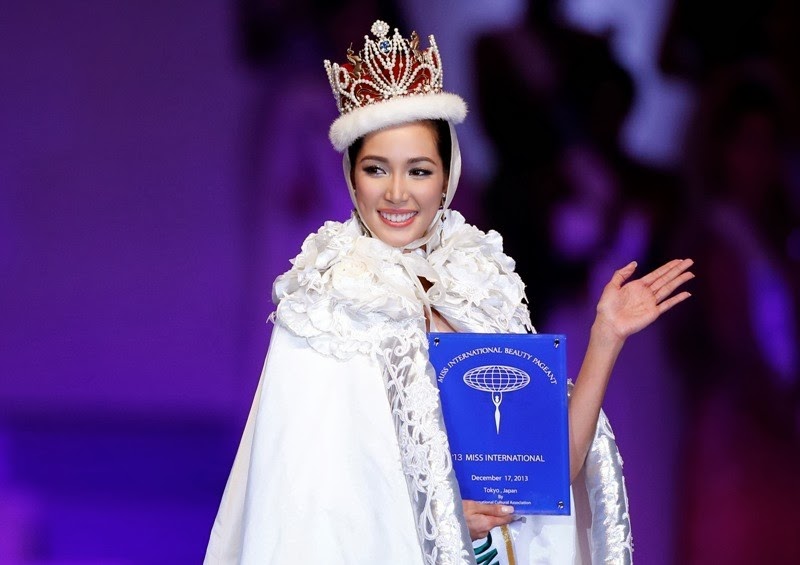 When she was 15, Bea Santiago and her family moved to Canada where she studied Communications at York University and became a model for Elite Model Management. She was also the Mutya ng Pilipinas 2011 in a Filipino Community in Canada. She was born in Muntinlupa, moved to Masbate and was raised by her grandparents. 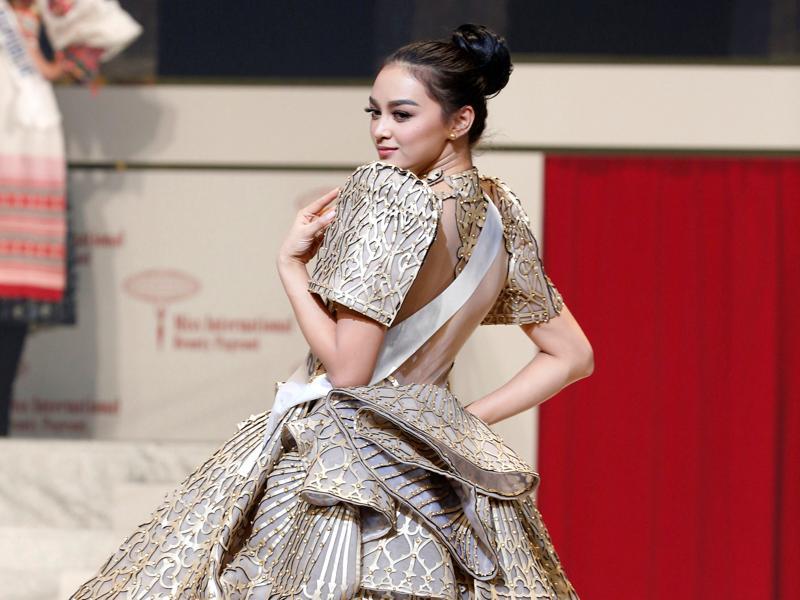 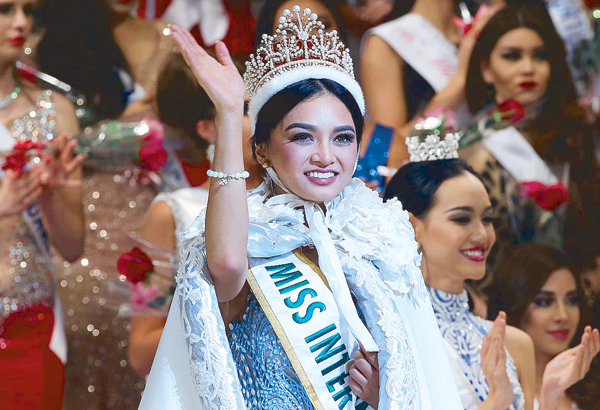 Kylie Verzosa was born in Baguio City and graduated highschool from Saint Louis University in Baguio and graduated college from Ateneo de Manila University with a bachelor’s degree in Management and worked as a pre-school teacher.

She is also a member of the Professional Models Association of the Philippines. She has done ramp and print modeling. 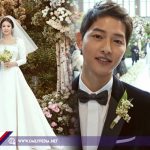 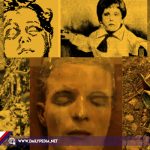