Even if you didn’t take a bite from that burger, you could be gaining weight eve just by smelling it.

That’s what a team of researchers in University of California Berkley claims in a recent study that looked into the sense of smell and its effect on weight gain. They concluded that a sense of smell can affect the brain’s decision to burn fat or store it in the body of mice.

In the study published in the journal Cell Metabolism, researchers Andrew Dillin and Celine Riera observed three groups of mice- normal mice, mice without a sense of smell, and “super-smellers”.

Each mouse consumed the same amount of food but gained weight at varying levels. Results showed that normal mice gained up to 100% from the weight they were when the research began. On the other hand, super-smellers were the biggest gainers.

Interestingly, mice incapable of smelling gained only 10% of their weight. In addition, obese mice whose sense of smell had been removed reduce to the size of normal mice even without a change in diet.

According to Riera, the study shows that external factors like smell can influence the brain’s functions related to appetite and metabolism. Without the sense of smell, people can lose all pleasure of eating. 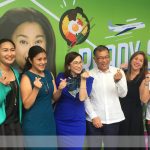 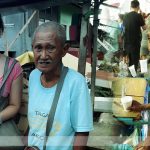