We all have that one decision in life that we highly regret, right? It is, indeed, normal. But to this Thai teen, one mistake can define her whole life forever.

Pasuda Reaw, a teenager living in Thailand, took the internet by storm after posting a series of photos that depicted her battle against a tattoo removal cream. Branded as Rejuvi, the product vows to eliminate your tattoo in an instant.

While some are speculating that it is actually a case of malpractice. People even said that the artist might have infected the teen with a skin disease by using a used needle. Some actually believed that she might have contracted a disease after getting the tattoo.

It is just a bad decision. Reaw decided to remove her tattoo by applying the removal cream on top of her tattoo. Injected with a used needle, the chemical started to destroy pigments of her skin that soon transformed into a removable piece of scab.

The teen documented her ‘tattoo elimination process’ online, not to ridicule anyone but to let everyone know about her situation. According to her, she never knew what would happen after using the cream, but she surely is learning the hard way. On the contrary, she expected to have a clean removal but destiny is not having it.

Just days after the injection of the cream, her chest started to infect her whole system terribly, leaving out a lot of pus.

The day that her tattoo finally peeled off itself, she thought the scars will instantly vanish. However, until now, she is still looking for the cure for her swollen skin.

Even though she knows that her post could bother some, she still decided to share it to warn who others are thinking of actually using the product. 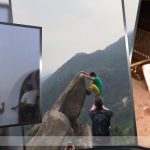 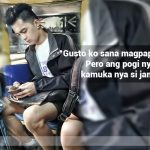