The 74-year-old lady has been looking for her preys since 2010, until a certain Abbie Santos stood up and posted a huge news online. In a post way back in 2014, she revealed that the old lady is not really someone who needed help, but is actually a part of a syndicate that preys on innocent people by asking for donations. Here’s the full post:

To know more about this story, you can check the full report here.

After the same attack in 2015, the now 76-year-old stranger is back and now looking for her next set of victims. The internet is once more #shookt when Len Q. Paus posted the story she encountered yesterday, May 15.

According to her post, at around 7:30 in the morning, she met this frail woman in the streets of BGC, Taguig. She detailed her post with a non-verbatim conversation she had with the scammer.

After the encounter, she hurriedly contacted her friend from Philippine Red Cross. With good intentions, she asked her friend, Karey Balbin, if they can do something for the woman. In the middle of their conversation, Balbin warned her not to accompany the stranger she just met. Moments later, Balbin opened a story which happened years ago that is very similar to her situation. According to the story, an old woman approaches strangers to lure them and soon make them as captives for ransom.

She posted the picture of the old woman, and the screenshots of the conversation she had with Balbin.

And also, their creepy research that completes the puzzle of their queries. 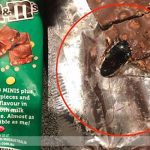 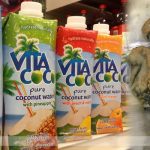