In a report by the ABS-CBN News Online, Philippines has been offered the hosting rights to Miss Universe again, this time for Miss U 2017. Set to happen in November, Wanda Teo, the Department of Tourism chair revealed,

“Pinagaaralan pa namin iyan pero that’s true, they are asking us to host it again this year.”

In an interview with ABS-CBN’s Mario Dumaual, Teo said that members of the Miss Universe Organization were impressed with 2016’s pageant. They also claimed that the event overshadowed the pre-events of the recently-concluded Super Bowl, the biggest sports event in the USA.

Are we all set?

When asked if they have already accepted the offer, Teo firmly suggested that her department should have more control over the event once it has pushed through. In addition to this, she wants to look for sponsors to shoulder the expenses.

After Iris Mittenaere‘s win in Miss Universe 2016 this January, great reviews and critiques were received by the hosting country, which is the Philippines.

In relation to the country’s benefits in the pageant, Teo is proud to say that it actually gave our local tourism industry a ‘major boost’.

“Our islands, food, and the biggest smiles of our people are all over the news and social media these past few weeks. The world now knows how beautiful our islands are, how delectable our cuisines are, and how friendly and warm Filipinos are — just ask the Miss Universe candidates themselves,” she says.

While waiting for the final decision, let’s just support our flagship in this year’s Miss Universe, Rachel Peters. The pageant is scheduled to take place in November, 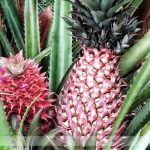 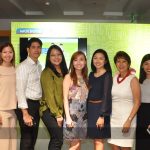