After a wave of issues that plagued the Queen Eagle herself, Alyssa Valdez finally takes the last slot in the 18-member pool of the National Women’s Volleyball Team.

Missing out a number of training sessions, even skipping the high-bearing Clash of Heroes, Coach Francis Vicente still puts his trust on the former Ateneo skipper.

According to Vicente, even though Valdez did not manage to play for the said fundraising game, she instantly reconnected with him and it ‘meant a lot’.

When asked about her addition to the team, Alyssa humbly answered,

Coach Vicente also had this to say about the ‘last-minute addition’ of Valdez,

Years ago, when Valdez is still playing for UST High School, Vicente was her recruiter and coach.

Despite the whole commotion, Valdez knows that it is not final yet and there are still screenings left, she has to earn her spot the hard way. The final roster will be 12 players, and the team will represent the country in the 29th Southeast Asian Games in August. 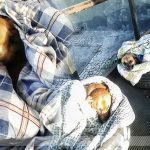 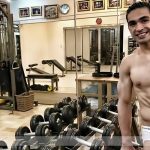