You probably heard these “universal truths” from your elementary or high school teachers but since Science is ever -evolving, these are no longer considered true today.

Re-educate yourself and get to know the real facts behind these “facts”.

In 2003, Pluto, which was discovered by Clyde Tombaugh in 1930. was demoted into a dwarf planet based on its size and location. Still, researchers have been recently debating whether to make Pluto a planet again.

2. Diamond is the hardest substance.

Ladies may start asking for ultrahard nanotwinned cubic boron nitride in their engagement rings instead of diamonds as this has been identified as the hardest substance.

Although the film “The Prince of Egypt” depicted Israelite slaves as the ones who built the Great Pyramids of Egypt, recent archaeological discoveries proved that Egyptian workers built the marvellous structure themselves. Egyptian workers were actually recruited from poor families living in the north and south. Despite their stature, they were high respected and were given crypts near the pyramids as well as proper preparation for the burial.

4. The Great Wall of China is the only man-made structure that can be seen from space.

The myth that date back as far as 1938 was disproved by a Chinese astronaut in 2003. According to NASA, a man named Yang Liwei admitted he couldn’t view the Great Wall from space. Apparently, the structure is only visible under the right conditions or when you use a zoom-capable camera. In addition, Apollo 12 astronaut Alan Bean said no man-made object can be seen from space.

5. There are five kingdoms of classification.

We’ve all been taught in school that there are five kingdoms of life namely animals, plants, bacteria, fungi and protists. However, more species were discovered and analyzed which led to the discovery of archaebacteria and eubacteria. 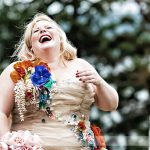 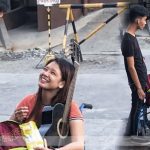