There are some people who prefer not to watch or read any terrifying stories especially when it is almost near bedtime. However, there are also a few who enjoys reading some creepy stories which keep them entertained just before dozing off.

If you’re a fan of horror stories, here are the scariest ones which might probably make you dislike horror afterwards.

This is not my own story but one an old roommate of mine relayed to me.

Her cousin lived in an old house in Newmarket, Ontario. The layout of the house had the kitchen on the first level, a second level with some bedrooms, and a third level with the nursery and master bedroom.

One day her cousin was in the kitchen washing some dishes while the baby slept upstairs. Suddenly she heard the baby crying over the baby monitor. She dried her hands and climbed the two flights of stairs to the nursery and as she got closer she couldn’t hear the baby’s cries anymore. When she entered the room, the baby was sound asleep still, with nothing in the room disturbed.

The cousin went back downstairs and checked that the baby monitor was on the right setting, and once she determined it was fine she went back to the dishes. As soon as she turned on the tap, the wailing began again on the baby monitor.

She slowly began her way up the stairs and once more found that the sound of crying stopped the closer she got and that once she entered the room the baby was still fast asleep. She was starting to feel uneasy about the whole situation as she went back to the kitchen. Once more she attempted to start on the dishes when the crying began for the third time.

She went back up the stairs but this time she went quickly, that feeling of unease growing within her. As she reached the third floor landing and turned around the banister so that the nursery was in sight, she saw the door slam shut; suddenly her baby was crying for real this time, horrific-sounding wails and shrieks. She ran to the door and tried to get it open, but it appeared to be locked even though there was no lock on the door. She slammed her shoulder into the door, trying to get it to open, desperately calling out her infant’s name. She backed away from the door with intent to kick it but before she could raise her foot, the door slowly creaked open on its own. She burst into the room, and the baby was in the corner of his crib crying, and the light fixture on the ceiling was spinning in circles. She grabbed her baby and ran downstairs and stayed there until her husband got home.

What makes this story more disturbing to me is that ever since that day her baby sleeps with its eyes open; when she took him to the doctor to find out why, he suggested that some children develop this as a defense mechanism after experiencing a traumatic incident. It leaves you wondering, what happened in that room?

My great-grandmother passed away in 2006, and after her funeral my whole family was at their house just chatting and doing what people do after funerals. I suddently heard a door creak and then heard my great-grandmother’s voice say, “Does anybody want a cup of tea?” That was what she always used to say. I looked up and my mom, aunt, and grandmother were all looking at each other because they had heard it as well.

When I was going to university at the Laurier campus in Brantford, Ontario, I lived in an old wartime house several blocks from the school. Around Halloween, I came down with the flu and was incredibly ill.

I was bed-ridden for nearly a week and woke several times to find an elderly man at the side of my bed, watching me sleep. The weird thing was that I wasn’t scared in the slightest. I asked him what he was doing once and he said, “Just checking to make sure you’re OK.” I fell back asleep immediately afterward and never saw him again once I was better.

I was home alone watching TV when I saw something moving in the master bedroom. I strained my eyes to see a man walking out of the closet to the other side of the room. He stopped, looked at me, put his finger to his lips, then turned around. There was blood on his face, and the back of his head was missing. He vanished back into the closet. We moved when we found out that the mysterious small hole in the ceiling of our bedroom is from a previous tenant who shot himself in that exact spot.

A few years ago I was visiting my brother and his family, who lived in a very old Victorian house. I was snuggling with my niece on a futon in the playroom when suddenly, in the middle of the night, the TV turned on, full-blast, with a static screen. My three-year-old niece jumped out of bed and ran to the TV, shutting it off. When I asked her how she knew the TV would turn on, she shrugged, saying, “They turn it on every night at this time,” and fell right back asleep.

My mom bought me my first iPhone right before she passed away. After we lost her, I’d sometimes randomly find Siri open with a small conversation on the screen. This happened a handful of times. One day, I was scared because I was starting my new job, and left my phone on the desk next to me. Siri was open, and the screen said, “What you doing?” I burst into tears — “What you doing?” was the phrase my mom and I used to greet each other on the phone.

I was sleeping alone in a room I shared with my six-year-old sister, but she wasn’t home. She had a toy McDonald’s cash register with a drive-thru radio that’d play a recording if you pressed a button. I was dozing off when I heard, “Welcome to McDonald’s, can I take your order?” from inside our closet. I investigated, took it out of the toy box, and turned it off before setting it on a shelf where it wouldn’t be disturbed. About 20 minutes later, I’m falling asleep and heard a voice whisper, “I would like Chicken McNuggets, please.” You bet I bolted out of there.

“When I was a teenager, I had some friends over at my place for a sleepover. That night, in the wee hours of the morning, I woke up to the sound of somebody calling for me. When I opened my eyes, I saw a headless man right in front of the group of us. He was wearing slacks and brown shoes. I screamed so loud that it woke up my parents and the other girls. The next day, nobody but me really remembered what had happened. I still remember it to this day, and I’m almost 30 now,”

“When I was a child, I walked into my bedroom and saw what looked like a Japanese girl in black ballet tights with orange stripes. She was stopped in front of the mirror, looking sideways at me. When I looked again, the girl DISAPPEARED and I ran from the room, making my mother come back with me.

Years later she confessed to me that she had been frightened that day, because before I was born, she had given ballet classes in that bedroom. The black and orange uniform had belonged to a girl that had been a student of hers who had passed away.”

“A former teacher I had actually told me this story. When she was about 15 years old, she used to go exploring waterfalls with her friends. It was a Sunday and they had decided to go to a waterfall that was close to a little farm. They were all walking down the road when a long line of people appeared in front of them, walking away from the farm towards the city. As they approached, they realized it was a funeral procession. They passed the procession and could see that it was made up of only men who were all dressed in black. They all had their heads lowered in such a way that it wasn’t possible to see their faces. When the group of friends turned to watch the procession go, it had vanished.

Horror stories may be interesting for the brave ones, but it can also be intolerable for those who are easily scared by such.

What do you think about these stories? Good luck sleeping tonight! 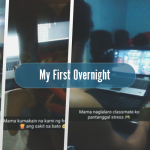 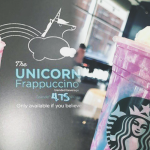