The Taiwanese hit classic Meteor Garden that we all loved will now have a remake coming this 2018! It has been 16 years since the last episode aired that was shown into different countries, and translated into different languages!

Can you believe it?

The TV Series adaptation of the manga, Boys Over Flowers, became such a hit it had several versions in Asia, including Taiwan, and the origin of the manga, South Korea.

Who would forget the story of four insanely rich boys who formed a GGSS group named F4? Eventually, a normal girl bravely stood up against them. That’s the point where the toughest, and leader of the pack, became soft.

We can still remember the love and the craze Filipinos had when it was first introduced to our country. And for those who can’t relate, worry not, a latest remake will come your way some time next year!

Barbie Hsu created a buzz online as she posted a poster on her Instagram account. In the poster, is a romantic scene of 4 boys and a girl. We all understood it at we cannot wait for it!

According to Angie Chai, creator of the hit series, they are still on the screenwriting phase, and nothing is final yet as we speak. The cast and storyline is yet to be finalized.

The remake will have 48 episodes that will cater a fresher take on the original version. It will surely appeal and be a hit again with the rapid growth of millenial mentality.

They have been considering to cast the original F4 again, and of course, San Chai, the girl we all loved. Again, nothing is confirmed yet, and the process will be tough.

The impact of the series in the Philippines is massive! It was even moved from its original afternoon airing, and was put to a primetime slot, so more viewers can watch it. It was re-aired numerous times in both ABS-CBN and QTV (now, GMA News Channel) networks.

The series that completed our childhood is now being remade, and everyone can’t wait! And who would forget the opening stint of our favorite Asianovela? 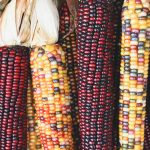 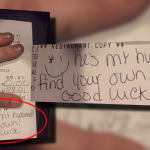