A Case of Machoism?

There are more cases of abuse in female OFWs than that of male OFWs. So, if Technical Education and Skills Development Authority (TESDA) Director, General Guiling Mamondiong, is asked, he would not send women abroad to work. This is because he believed that our mga ilaw ng tahanan would just experience slavery.

He also said that the government should provide jobs and livelihood to women inside our country due to the alarming cases of abuse abroad. Ironically, most of TESDA’s technical-vocational graduates, especially in their Women’s Center, get work across the seas due to high demand.

“When the women are empowered they become more powerful not just in the workplace but [also] at home. Halos wala na silang oras sa kanilang mga asawa dahil sila nga ay powerful,” he tries to empower women as we celebrated National Women’s Month in March.

At a recent statement of the Technical Education and Skills Development Authority (Tesda) Director, General Guiling Mamondiong, many did not appreciate his comments.

Joms Salvador, Gabriela spokesperson, replied to Mamondiong’s ‘sexist’ comment, saying women would not be empowered as long as “feudal-patriarchal’ views on women still exist. Citing the Tesda head’s statement, she claimed that the kind of perspective Mamondiong has, never empowers women.

She says what he said ‘consigns women as weak, treats them as commodities and denies them of their rights’.

“It’s not with men climbing up the ladder of wealth and power that will empower women, but women themselves who will take part in transforming society,” as Salvador points out her belief in gender equality.

Mamondiong, a Muslim, acknowledges the “problem” the Philippines is currently facing right now, the dominating number of women in the country. Many are speculating why he believes that this is an actual problem.

As the 2015 census was released, it falsified Mamondiong’s view of male-female ratio in the Philippines. According to that data, there are more men than women aged 0 to 64. But for those 65 and up bracket, there are more females and males. 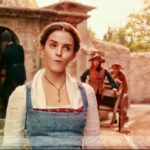 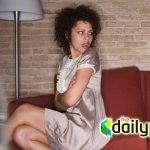